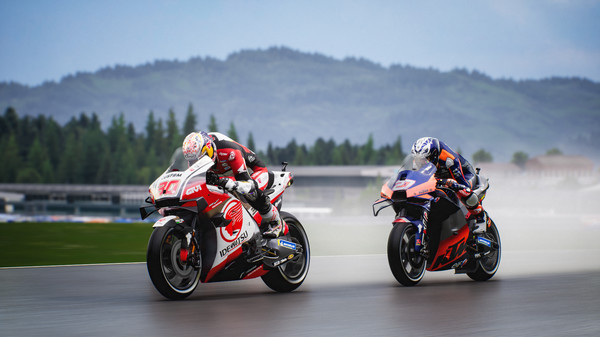 The motoGP 21 will be available next April

A new product in the eSport circuit. The motoGP 21 will make its appearance next April.

A novelty in the world of video games. Indeed, a new baby is coming to enlarge the family next April, with the launch of MotoGP 21. Moreover, the designer Milestone has already carried out an official simulation of his new game.

In its press release, the Italian studio particularly emphasizes the changes in gameplay: "monitoring the temperature of the brakes becomes essential to complete the race; in the event of a fall, you must now get up and regain control of your bike, instead of being automatically put back on it; the "long lap" penalty, which exists in the real championship, is now integrated into the game," according to L'Équipe.

This new game gives several opportunities. It allows fans to embody the legends of this discipline. "The historical content of MotoGP will again be present in this opus: the Career mode will allow you to put yourself in the shoes of a young rider in search of the world championship title. While the Manager mode will allow to take the lead of a team. The player will also be able to play as more than 120 official drivers on more than 20 tracks and also 40 historic drivers, legends of the discipline," adds the same source.

PlayStation 4, PlayStation 5, Xbox One, Xbox Series X | S, Nintendo Switch and PC, via Steam and the Epic Games Store are all available for MotoGP 21.