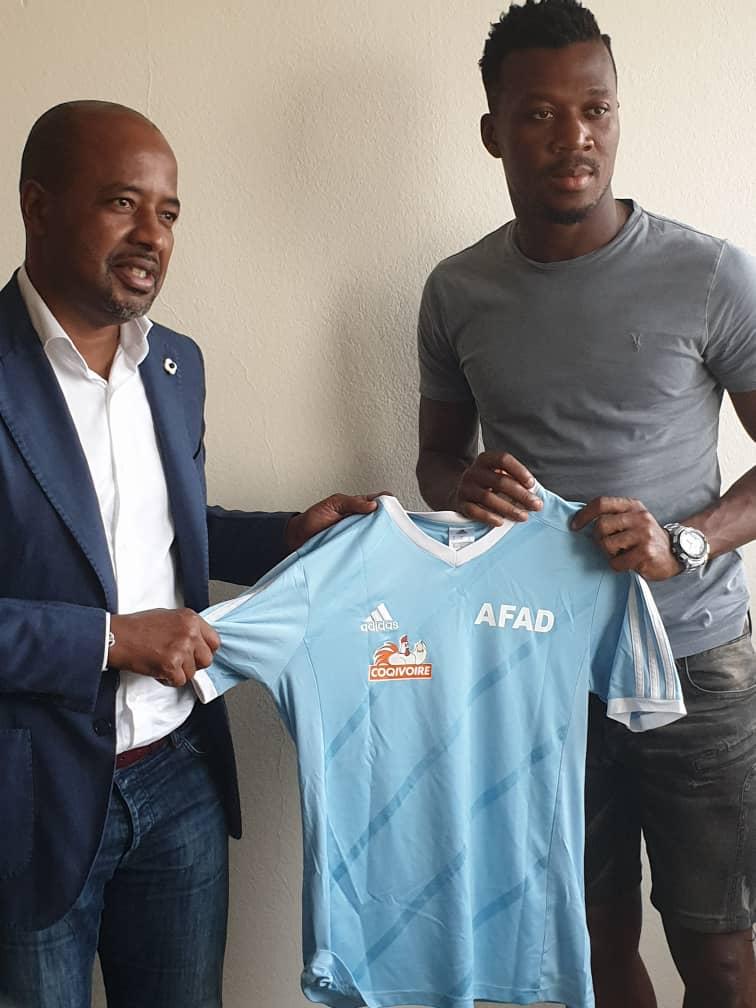 20-year-old Nigerian international defender Ekene Nero Olisema has rather opted for a move to Ivorian top flight side AFAD on a two-year deal for Lobi Stars of Nigeria.

The defender was on the wish lists of many foreign clubs out of the African continent, notably Japanese outfit Yokohama F Marinos, MLS side Kansas City and Belgium top flight side La Gantoise.

He is expected to reinforce the young but ambitions Ivorian club to attain their objectives.

Academie de Foot Amadou Diallo de Djékanou also known as AFAD Djékanou is an Ivorian football club based in Abidjan that was created on June 27th 2005.

The team has already finished twice as runners-up of the Ivorian top tier(2011 and 2012) and participated in the CAF Champions League twice but failed to progress pass the preliminary rounds.

Last season, they finished fifth on the log of the Ivorian league table, which has pushed them to look for suitable recruitments to push all the way for the evasive ultimate accolade.

The last Ivorian club to win the CAF Champions League dates as far back as 1998(ASEC Mimosas), so Ivorian Clubs are making huge investments in players to push for both domestic and Continental honors.

The arrival of Ekene Olisema, an experienced campaigner, though still relatively young, from Lobi Stars, both on the domestic front and in their African competitions, is a welcomed addition for Maxime Gouaméné’s charges.