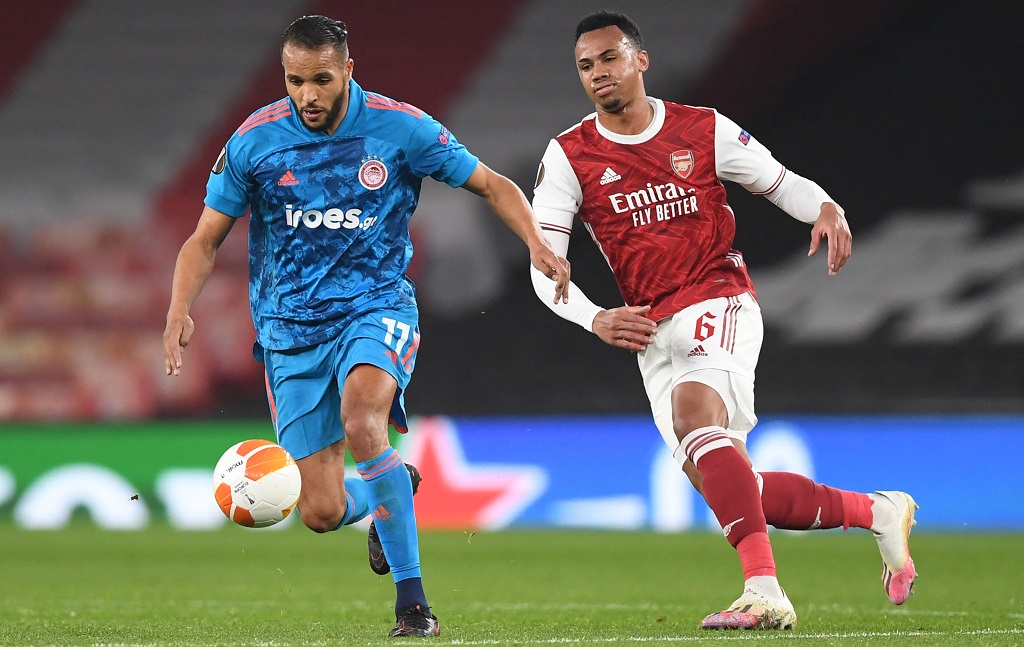 On Thursday, El-Arabi's goal handed the Greek giants a 1-0 victory over the Gunners in the second-leg of their Uefa Europa League round of 16 fixture but it was not enough to help them progress into the quarter-final stage.

Olympiacos bowed out with a 3-2 aggregate score following their 3-1 loss in Athens a week ago.

After a goalless first-half at the Emirates Stadium, the Morocco international placed his right-footed shot to the back of the net in the 51st minute, courtesy of an assist from Giorgos Masouras.

The strike was El-Arabi's third goal against Mikel Arteta's side after scoring the last-minute goal that sent them packing in the Europa League last February and his team's only goal in their first-leg loss a week ago,

The 34-year-old is currently the leading top scorer for Olympiacos with 19 goals in 23 league appearances which stretched his tally to 23 goals across all competitions this season.

Towards the end of Thursday's encounter, Senegalese defender Ousseynou Ba was left in tears after he was shown a red card for throwing the ball away.

Ba was first shown a yellow card for a challenge on Gabriel Martinelli but the referee opted to give him marching orders immediately for his reaction.

On the international scene, El-Arabi is among the 24 players called up by Morocco for their Africa Cup of Nations qualifying games against Mauritania and Burundi on March 26 and 30 respectively.