Elizabeth Addo, captain of the Ghanaian female national team Black Queens has expressed her anger at what she hints as neglect of female footballers while their male counterparts are given the attention.

The Djugardens IF midfielder lashed out at the Ghana Football Association, after the FA had made a post in celebration of Black Stars and Arsenal player Thomas Partey's birthday on June 13, 2021.

The captain’s fury may have been sparked when in June 2021, no female footballer had been celebrated yet by the FA although Gifty Ayew Asare and legend Alberta Sackey had their birthdays on 9th and 11th respectively.

The FA President Kurt Okraku, Dreams FC defender Philemon Baffuor, and Thomas Partey, on the other hand, had all had their birthdays observed.

The captain did not end there as she once again took on the FA for failing to organize high-profile friendly matches to aid their preparation for the 2022 AWCON qualifiers.

Addo especially expressed her worry over the Queens’ opponent, the Super Falcons who played out a three-all draw against Portugal to intensify preparation for the match against the team in the first round of the 2022 AWCON qualifiers.

Tagging the youth and sports ministry and the Ghana FA in her social media post, she wrote: “we saw 🇳🇬 play 🇵🇹 last nite n they gave a beautiful account of themselves. This a team we play a crucial qualifier game within a few months and their prep is enviable. Black Queens needs good international games to get ready. Please listen to us for once”. 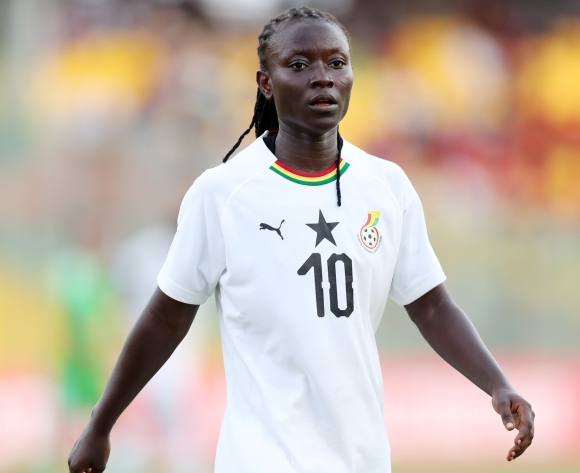