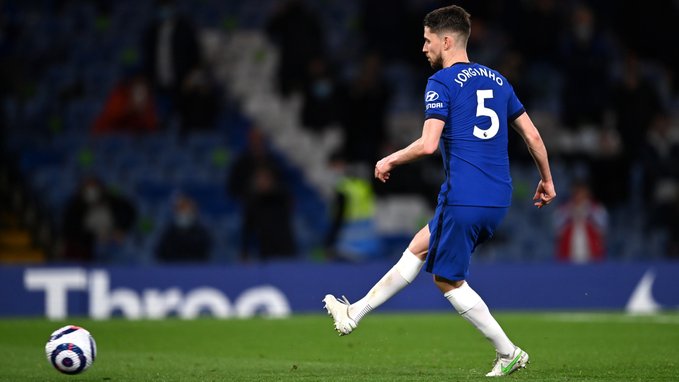 A revenge was envisaged for Chelsea ahead of the game at Stamford Bridge as Tieleman's lone strike stole the cup for Leicester. Both sides now have their eyes fixed on next season's Champions League and dropping points was not on either of the team's agenda.

Timo Werner scored twice for Chelsea but both goals were ruled out after VAR checks.

A barren first half as was the case at Wembley. After strong half time talks from both coaches, the second half came to life when Antonio Rudiger was found unmarked from a corner kick. The German defender taped in the opener into an empty (47 min) net. It was his first goal in 15 months for Chelsea. Chelsea pushed forward severally and Werner was brought down by Fofana, winning a penalty for the home side.

Jorginho (66 min) made no mistake in sending Leicester's keeper the wrong way for 2-0.

The game looked settled for Chelsea until Kelech Iheanacho came in as a substitute to pull one back for Leicester ( 74 min).

The goal means that the Nigerian striker has scored every week since April 24th. It also means that the final four teams to play the Champions League next season will be determined on the last day of play in the EPL.

With the victory, Chelsea frog-leaps Leicester on the log as the Blues now occupy 3rd place with 67 points, one more than their adversary of the night.

The final round of games in the Premier League will come up this weekend as Leicester host Tottenham while Chelsea travels to Aston Villa.