Euro 2020: 10 things to remember about players of African origin in the first round 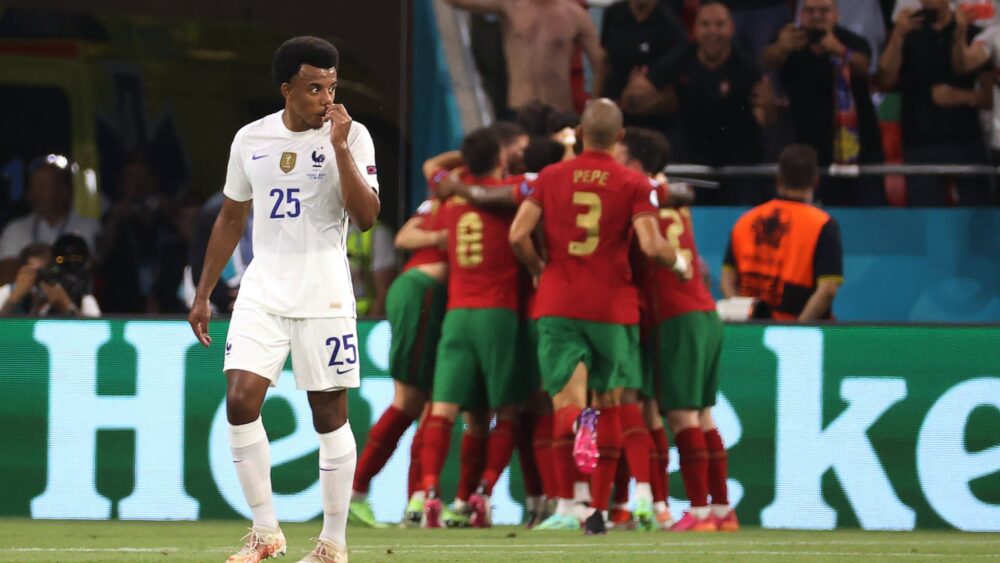 Euro 2020: 10 things to remember about players of African origin in the first round

What do we remember about players of African origin after the first round of Euro 2020 and in view of the round of 16 that starts on Saturday 26 June? The answer in ten points. 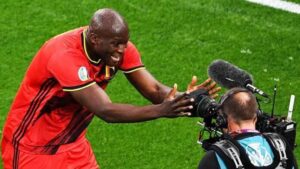 The Belgian striker of Congolese origin (Kinshasa) was one of the top scorers and "Man of the Match" during the first round of Euro 2020. He is currently tied for second in the tournament with three goals, two behind Portugal's Ronaldo. The Inter Milan player is the number one scorer among the 55 players with African roots in the competition. Lukaku is also the only one of the continent's dual nationals to be named Man of the Match on two occasions. It was against Russia (3-0, day 1, group B) and against Denmark (2-1, day 2). He is the only one of the 624 players at the Euro, along with Dutchman Denzel Dumfries, to have achieved this feat.

2. Seven Man of the Match 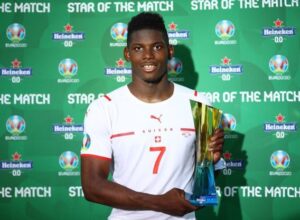 A total of seven players of African descent have been named Man of the Match since the start of Euro 2020. Romelu Lukaku has been named Man of the Match twice (see above). Cameroonian-born Swiss Breel Embolo led the way at the end of Wales-Switzerland on 12 June. He would later be joined by David Alaba (Austria, Nigeria), Paul Pogba (France, Guinea), Alexander Isak (Sweden, Eritrea), Bukayo Saka (England, Nigeria) and Karim Benzema (France, Algeria).

Five players from the continent have scored at this year's European Championship. Belgium's Romelu Lukaku (3 goals), Denmark's Yussuf Yurary Poulsen (2), France's Karim Benzema (2), Holland's Memphis Depay (2) and Switzerland's Breel Embolo (1) scored ten of the 94 goals scored in the 36 matches of the first round.

Of the thirteen countries with players of African origin listed at the start of Euro 2020, twelve have qualified for the last 16. So everyone will be in the second round except one: Finland and its three players from the continent (Nikolai Alho, Pyri Soiri and Glen Kamara). Fifty-two members of the Euro-African contingent therefore remain in the running (see more details here).

Of the eight games in the last 16 of Euro 2020, four will pit teams with one or more African players against each other. The first is Wales vs Denmark on 26 June (4 pm UTC). This is followed by Belgium vs Portugal (27 June, 7pm), France vs Switzerland (28 June, 7pm) and England vs Germany (29 June, 4pm). The 43 players involved could have competed against each other in African competitions or played side-by-side for teams on the continent. 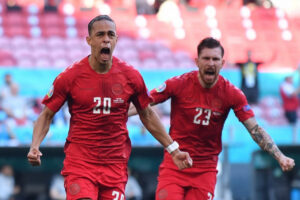 The Tanzanian-born Danish striker scored the third fastest goal in the history of the European Championship. He scored the third quickest goal in the history of the European Championship in a 1-2 draw with Belgium on 17 June in the second matchday of Group B. He opened the scoring after only one minute and 39 seconds of play. He is behind Russia's Dmitri Kirichenko (Russia-Greece: 2-1, 20 June 2004), who leads the table (1 min 07), and Sweden's Emil Forsberg (Sweden-Poland: 3-2, 23 June 2021), who is second (1 min 22). No player with African roots has done better than Poulsen.

He left the French team with an injury, after only two days of competition and 39 minutes of play for his personal counter. Euro 2020 is, in fact, over for the Barcelona player, who is suffering from a thigh injury. The 24-year-old of Senegalese-Mauritanian origin came on as a substitute in the 57th minute of Hungary-France (1-1) and left the field 30 minutes later with a knee tendon injury. He had played nine minutes of extra time against Germany (0-1), the first match of the French national team. He will be operated on and should be unavailable for four months. 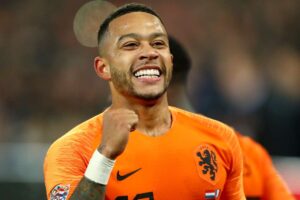 Dutchman Depay has finally signed for Barça. Dutch coach Frank de Boer hopes his team will benefit from this news.

The Dutchman, who was at the end of his contract with Lyon and wanted to sign for Barcelona, seemed to be more concerned about his future at club level than at the UEFA EURO. The suspense is over, the Dutchman with Ghanaian roots is now officially a teammate of Lionel Messi. His coach, Frank de Boer, welcomes this outcome, hoping that his striker's attention will now be focused on the European tournament. The Netherlands face the Czech Republic in the round of 16 on Sunday 27 June (4 pm UTC).

Tielmans was a starter against Russia (0-3) and Denmark (1-2), but he did not shine. The Belgian midfielder from DR Congo was a shadow of his former self. As a result, he was left on the bench during Belgium's last game against Finland (2-0). In a video published by the Belgian federation, before this last match, the Leicester player makes his introspection. I gave the best of myself, but I didn't show all my technical qualities," he admits. I wasn't at my best. That's something I really want to work on. I want to work and improve to be at the top technically in the next matches. I expect a lot from myself, I am demanding. Belgium will face Portugal in the round of 16 on Sunday 27 June (7 pm UTC). With the return of Kevin De Bruyne and Axel Witsel, Tielmans will be hard pressed to get back into the Red Devils' starting line-up.

10. The Finnish exception
Finland is the only team with players from Africa to have missed out on the Round of 16. Their trio Nikolai Alho-Pyry Soiri-Glen Kamara will not be in the second round. Their country did not do better than Belgium and Denmark, the two qualifiers from Group B, nor were they among the best third-placed teams. The Finns had one win (Denmark) and two losses (Russia and Belgium).