Euro 2020: Defending champions Portugal off to a flying start 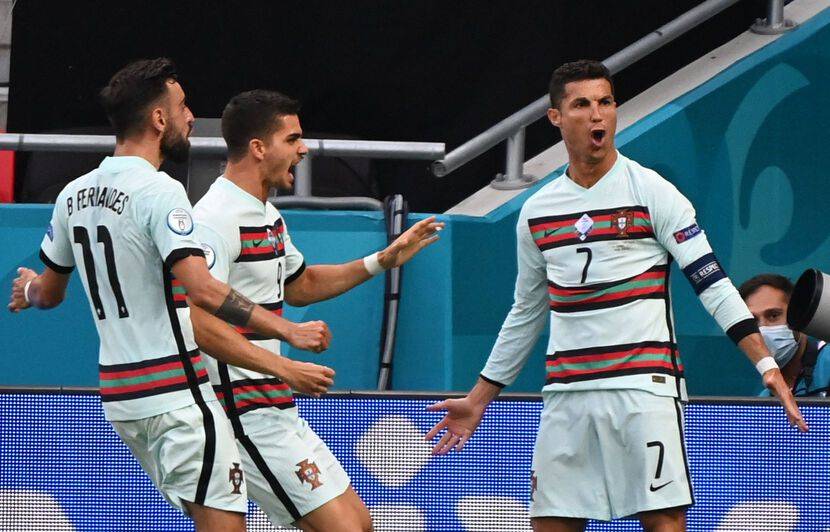 Euro 2020: Defending champions Portugal off to a flying start

Group F gets underway in Budapest, the Hungarian capital as the home side hosts defending champions Portugal in their opening group game, Tuesday evening, June 15.

It was a fairly poised first half with the champions taking a lion's share of the possession and attempts. Hungary showed resilience keeping Ronaldo and co at bay. Half time score stood at 0-0 with the Portuguese showing more signs of frustration.

A game that was suppose to be easy for the champions turns out to be a very challenging trip. Hungary showed signs of a recovery in the second half as they had more attacking opportunities and even an opening goal disallowed for an offside position.

It was in the dying moments of the game that things completely changed in favor of the champions. 85th minute of play legs are heavy, mind losses focus and concentration for the home side as a Raphael Guerreiro shot was hugely deflected for Portugal's opening goal.

Renato Sanchez, Joao Moutinho and striker Rafa all came in as second half substitutes to completely change the game.

One minute after the opening goal, Rafa was roughly handled by Hungary's center back and there was the penalty.

Christiano Ronaldo did not make a mistake to send the keeper the wrong way for 2-0.

The same Ronaldo finished off a classy combination to record his brace for the night. Ronaldo now has most goals in the European championship with 11, 2 more than Frenchman Michel Platini who kept this record for several decades.

Portugal now comfortably seats on the top of the log in the group of death, while awaiting another classic shock tonight between tournament favorites Germany vs France.