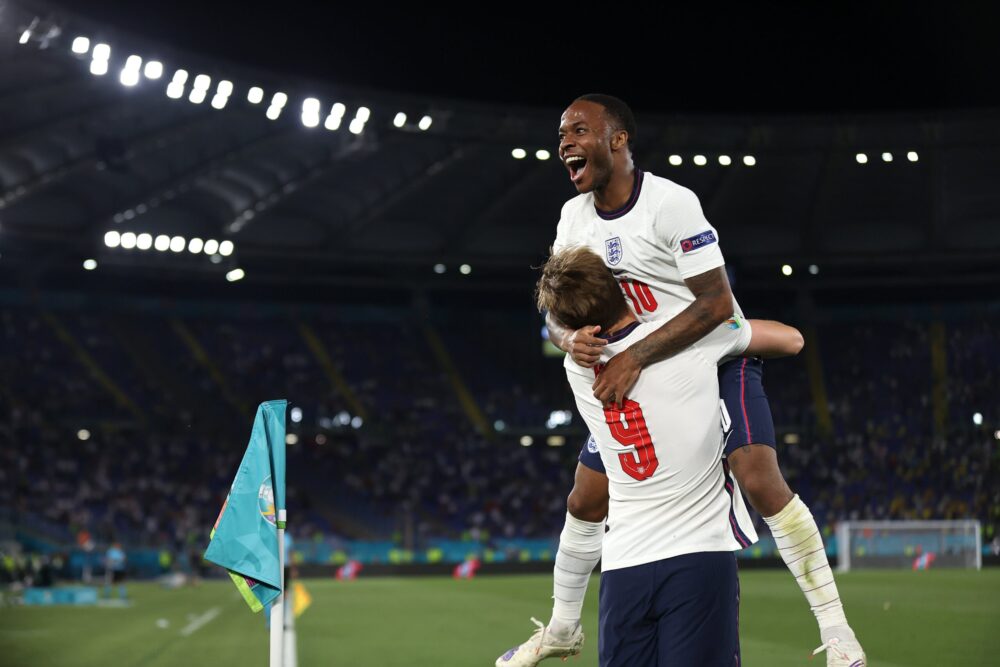 England gave Ukraine no chance on Saturday in Rome. Harry Kane scored a brace and his team-mates blitzed  Ukraine (4-0) to qualify for the semi-finals of the Euro.

What a display from the English! They had been sluggish and uninspired in the group stage, but they have become very sharp since the knockout stage. After 3 games against Croatia (1-0), Scotland (0-0) and the Czech Republic, England had only two goals, very few chances and only Sterling as a scorer.

Gareth Southgate's men confirmed their good performance against Germany (2-0). On Saturday night against  Ukraine in Rome, Raheem Sterling was decisive early on, this time with his pass. The City winger caused havoc in the Ukrainian defense before feeding Harry Kane, who opened the scoring (4th). Kane then scored twice in the second half after a fine cross from Luke Shaw (3-0, 50').

Harry Maguirre's goal (46') secured the results. In the end, Hendersen came on as a substitute and headed in a Mason Mount corner to put an end to any attempt at a Ukrainian revolt (4-0, 63'). There was no turning back for Ukraine as they walked out of the championship with the huge defeat. The English, away from their base for the first time in the Euro, are on a roll. They will be back in London on Wednesday when they host the elusive Danes for a place in the final.