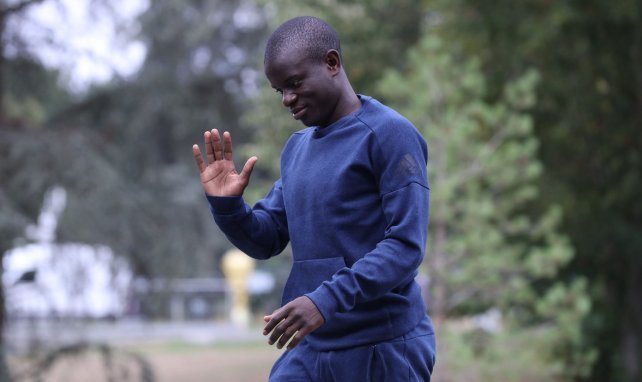 Ngolo Kanté is one of the most respected players in the French national team. The French-Malian midfielder has always kept his head on his shoulders, despite the great performances and the praise.

He goes unnoticed in everyday life. No extravagant hairstyle, no bling, Ngolo Kanté is the symbol of sobriety. On the pitch, however, he runs, rakes, tackles and recovers. The French midfielder seems to play with three lungs. Yet his size could be a handicap. Especially in the midfield position where we are used to seeing sizable players take on the vacuum cleaning role. Not so. Ngolo plays with intelligence, interferes well between the lines, and anticipates brilliantly to make interceptions. Very rare then to see him on the ground.

The Champions League winner with Chelsea is unanimously liked and respected by his opponents and is thus one of the key players in the Blues' set-up. Against Switzerland on Monday, in the round of 16, Ngolo will again be expected to recover.

32 km covered in 3 matches
Paul Pogba believes he has "15 lungs". If the Manchester United midfielder is shining so far in this Euro, it is because he is relieved of defensive duties. Ngolo is doing the "dirty work" instead of Pogba, who is therefore getting the spotlight. Since the beginning of the competition, he has covered 32 kilometres in three matches. In addition to 90% of successful passes. Nobody did better in the first round, in the squad of Les Bleus.

"Everyone loves Ngolo. He is a great teammate and a great person. He is loved by everyone. He has an unusual personality, and he's very shy, but on the pitch he's so generous, he makes that extra effort to get the ball and go forward," Raphael Varane complimented in euro2020.com.

Praise from coach and teammates

"He (Ngolo) deserves the Ballon d'Or. This is the clear opinion of France's national coach, Didier Deschamps. Despite his small size, his influence is huge as during the 2018 World Cup won by France. He was a major player in that triumph.'' Grateful, Paul Pogba who shares the same area of predilection on the field, does not dry up on him.

"Ngolo is the most beloved footballer in the history (of France). You can't hate him. He is indeed humble, kind, professional," Pogba said. "He has 15 lungs. Football is much easier when you play with someone like that," the former Juventus player continued. "He is always smiling and very positive. He gets on with everyone and above all, he shows his quality on the pitch," said Presnel Kimpembe.

Even the opponents are charmed. Hungary coach Marco Rossi said: "If I could, I would vote for him for the Ballon d'Or for sure. It's impossible not to admire him, it's impossible to criticize him," the coach said.