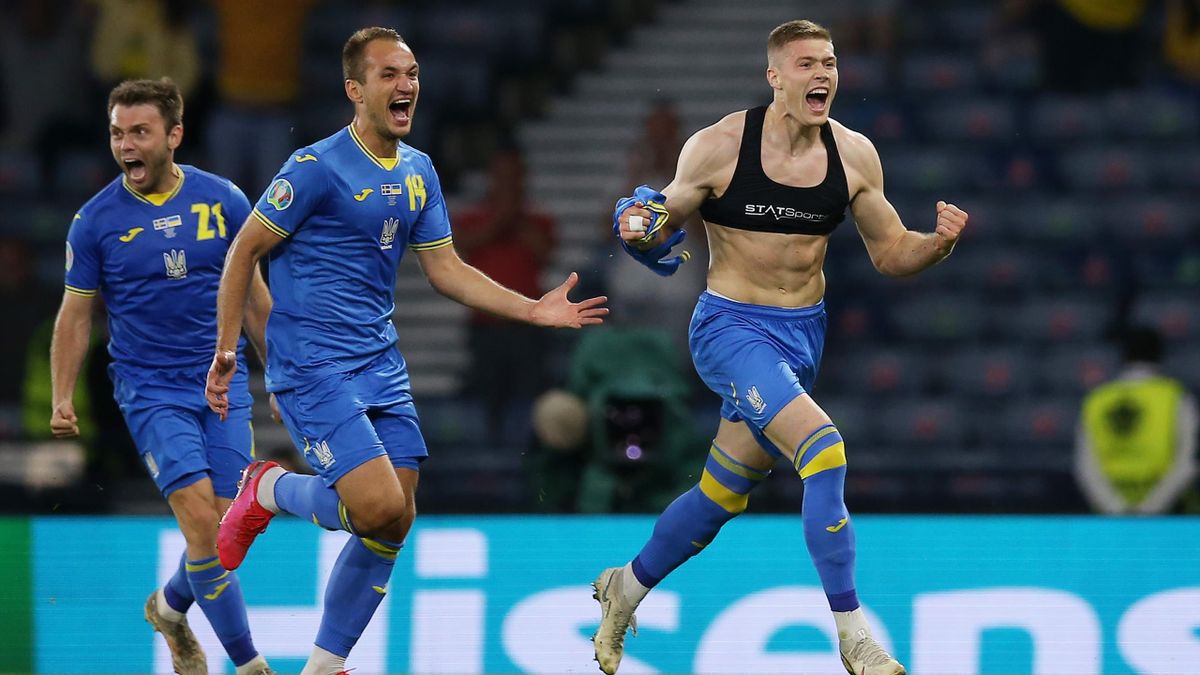 It was the most open game in the round of 16 match on paper. It ended with a victory for the Ukrainians at the expense of the Swedes (2-1 a. p). Now it's on to the quarter-finals, which will be played on Friday and Saturday.

In a long drawn out battle, Andrei Shevshenko's Ukraine got the better of Sweden in the final round of 16 at Euro 2020. This victory came through a goal from Artem Dovbyk in the 120th minute, just before the end of the extra time (2-1 a.p.).

The beginning of the match was in favor of the Swedes. The Ukrainians, relied on counter-attacks against their opponents. It was they who lit the first fuse (27th) of the match thanks to Manchester City's left-back Oleksandr Zinchenko, on a subtle pass from the outside of Yarmolenko's foot.

Sweden, despite conceding a goal, equalized just before the end of the first half (43rd) when Emil Forsberg's deflected shot made it 1-1. The striker scored his fourth goal of the competition.

In the second half, despite numerous chances on both sides, the two teams were unable to find a way through. Extra time was inevitable. With Marcus Danielson sent off for a clumsy tackle on Artem Besedin's knee, the Swedes were reduced to ten men, and in the 120th minute, new Ukrainian signing Artem Dovbyk scored a last-minute winner.

Ukraine will now meet England in the quarter-finals next Saturday in Rome. In the other matches, Spain, who were in a bad way in the group stage, will face Switzerland, who beat France, on Friday 2 July in Saint Petersburg (Russia). Belgium and Italy will cross swords the same day at 7pm (GMT) in Munich. The other quarter-final clash will see the Czech Republic take on the Danish warriors on Saturday 3 July at 4pm (GMT) in Baku, Azerbaijan.