Euro 2021 from an African perspective: Alaba-Saka-Depay 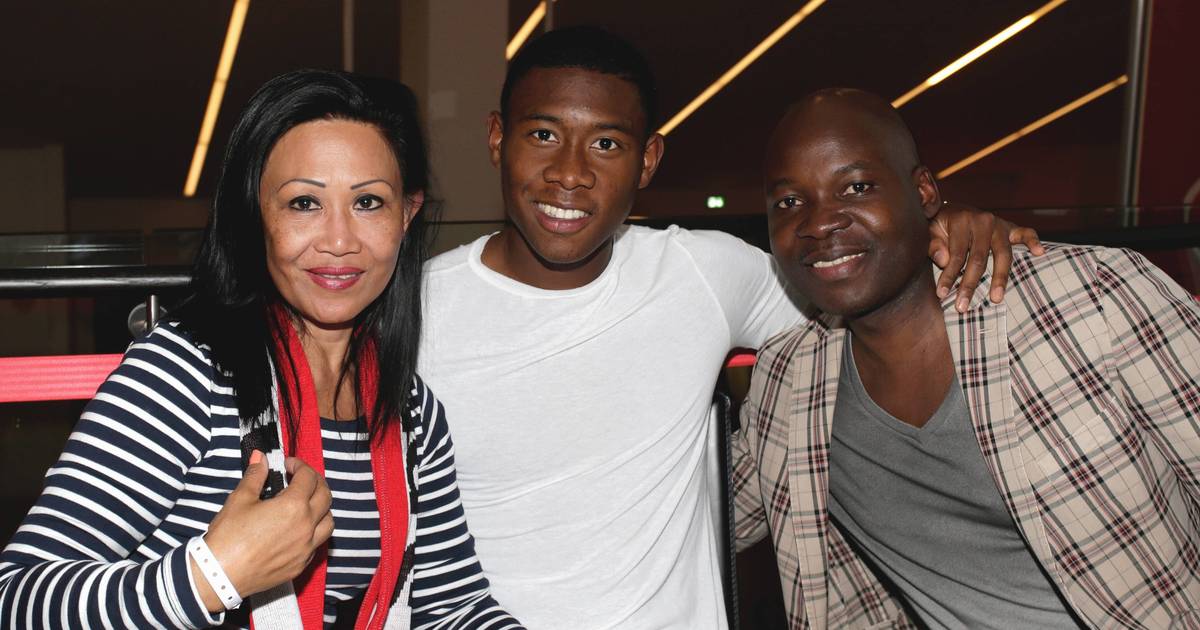 Euro 2021 from an African perspective: Alaba-Saka-Depay

Focus on Bukayo Saka (England), David Alaba (Austria) and Memphis Depay (Netherlands), three Euro 2020 stars from Africa. The first two have Nigerian blood, the third Ghanaian in his veins. Their fathers have influenced their football careers.

England's Bukayo Saka, Austria's David Alaba and the Netherlands' Memphis Depay have at least three things in common. They are important links in their national teams, they have African blood and their fathers have influenced their respective careers. But if for the first two, the relationship with dad has been and still is a beautiful love story, for the third, there is a malaise.

Bukayo Saka was born on 5 September 2001 in Ealing, London. His father was, like him, born in England. His mother was born in Nigeria. The couple grew up and met on the soil of Africa's most populous country (219 million inhabitants). He went into exile in Great Britain where Saka was born 19 years ago.

"I support Nigeria to the end''
Saka, who trained at Arsenal and played for England's youth teams, had the opportunity to play for the Super Eagles of Nigeria. However, the Nigerian management never reached out to him until Three Lions coach Gareth Southgate called him up in October 2020 and gave him his first cap against Wales (3-0) in a friendly.

That hasn't stopped the England nugget from keeping Nigeria in a corner of his heart. "I feel I'm really, really proud of my Nigerian heritage. I always watch Nigeria games where I can and I wish them all the best and support them all the way," said the Gunner, ranked ninth in the 2020 Top 50 of the world's best youngsters by specialist website Football Talent Scout.

Bukayo Saka has always had a special relationship with his parents, especially his father, who has contributed to his success in football. He says: "My father always pushed me, he took me to training on days when it sometimes took two hours to train. (...) So I will always be very grateful to my parents for the work they did for me."

The Arsenal player has played 42 games for his club and scored seven goals in all competitions this season. With England, he has made six appearances and found the net twice. He has the opportunity to improve his statistics with the English national team during this Euro. The first opportunity comes this Sunday in London against Croatia in Group D.

Depay, "Daddy where are you?"
Memphis Depay can't say the same about his dad. The Dutch star, who will face Ukraine in their opening game in Amsterdam on Sunday (Group C), has hardly known his Ghanaian father, Dennis Depay. And for good reason. The latter is said to have abandoned his son and his Dutch wife, Cora Schensema, who will divorce him. This absence of the father undoubtedly contributed to his rage to win, his thirst for success. In fact, as if to take revenge, he chose to put his first name on his jerseys rather than his surname.

And when asked about his father, he says: "I have no contact with my father. (...) If I miss him? Everything I know I learned myself, or from my mother. I live my own life. If he called, I would talk to him. But I don't need him.

The dad in question protests, defending himself from having dumped his son. "I didn't abandon him. That's not true, I've always been there for him," he defended himself in The Sun.

It was never a question of Depay playing for Ghana's Black Stars. The likely future Barcelona player made his international debut for the Dutch youth team, putting in some impressive performances and winning major trophies such as the 2011 UEFA European Under-17 Championship. It was only natural that he was called up to the senior side two years later and then called up for the 2014 World Cup. To date, he has 62 caps (23 goals). And with Lyon, Depay has played 40 matches and scored 21 goals this season in all competitions.

Alaba, son of stars
David Alaba is as much an international star as he is a 'son of...' in his own country. Indeed, his family name was made famous in Austria, first by his immigrant parents, Gina and George Alaba, who came from the Philippines and Nigeria. A former Miss Philippines-Austria and a former musician-DJ who became the first colored soldier in the Austrian army.

For Gina, reports Le Monde, football was a "strange" game. She didn't know the sport "until she saw her husband passing the ball to their son at the foot of their block of flats in a working-class district of Vienna". It was George, from Nigeria, who got their son hooked," she said. (...) As a child, he slept with a ball and woke up to play. He was spotted at an early age and, at just 17, became the youngest Austrian international in history when he played in the 2010 World Cup qualifier between France and Austria in October 2009.

But would he ever consider playing for his father's country, Nigeria? Alaba was very clear about this early on. In 2012, he said, "My father is Nigerian, my mother is Filipino, I'm becoming a big player in Germany but bad luck, I'm Austrian."

The new Real Madrid recruit had been an Austrian international for three years at the time. He was only 17 years old and had no professional games. Today, the 29-year-old has 79 caps (14 goals). At club level, he spent twelve and a half seasons with Bayern Munich. He has won the German league ten times, including nine in a row (since 2013), and two Champions League titles (2013 and 2020). Last season, he played 45 games and scored 2 small goals before packing his bags for Madrid.