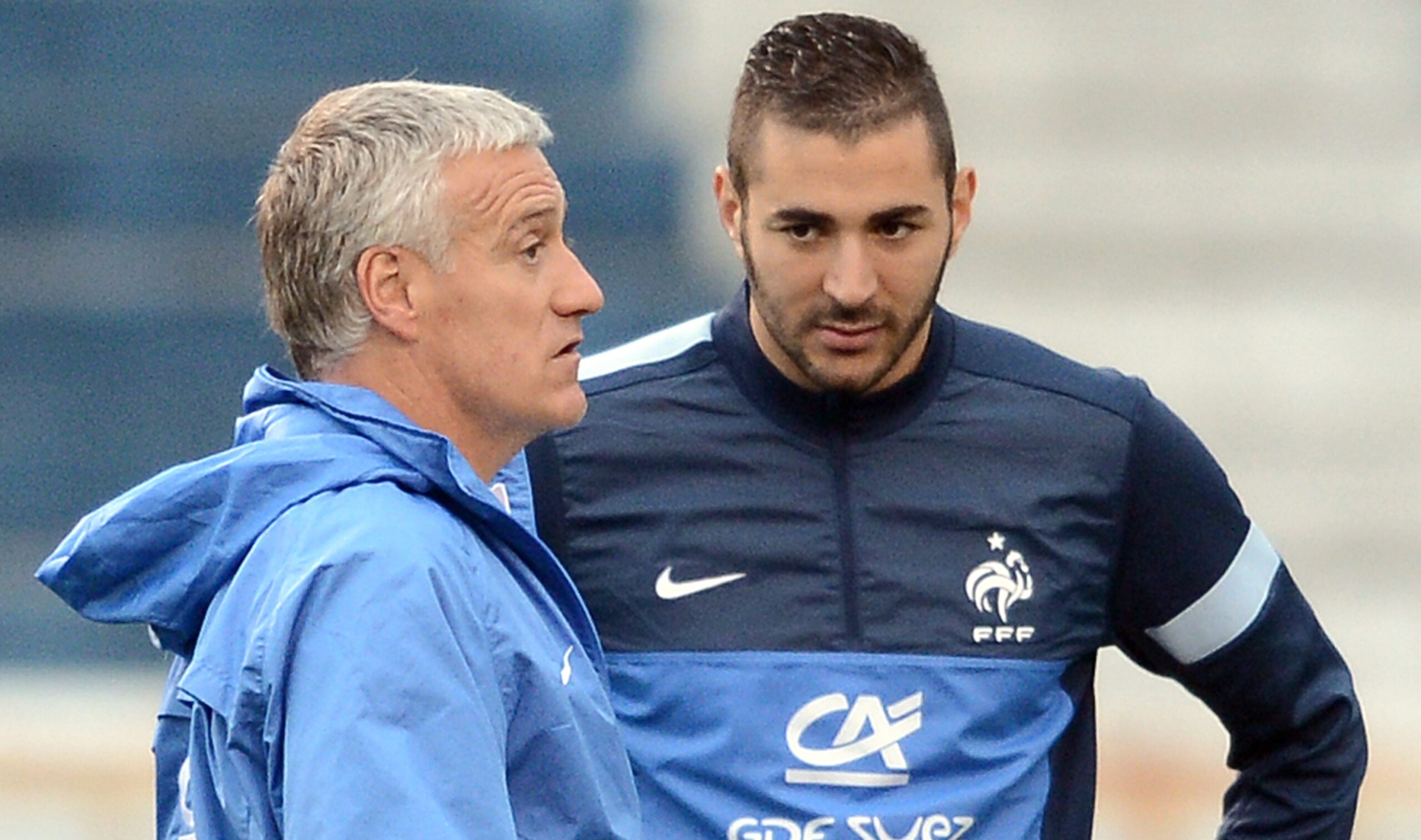 After five years on the sidelines because of the sextape affair, the Real Madrid striker is among the 26 players selected by Didier Deschamps for Euro 2021.

Karim Benzema will finally get five years. This is not the prison sentence he will face if he is found guilty in the sextape case, which will be tried from 20 to 22 October in the criminal court of Versailles.

It is rather the length of time he has been sidelined from the French team because of this dark story of morals that polluted his international career since November 2015 and his indictment for "complicity in attempted blackmail and participation in a criminal association" at the expense of his former teammate Mathieu Valbuena.

The Real Madrid striker has now been rehabilitated in sporting terms, while awaiting a ruling on the criminal charges in autumn. He is one of the 26 French players selected to play at the Euro this summer (11 June-11 July). Didier Deschamps delivered the verdict this evening, Tuesday 18 May, on the set of TF1.

Nice, the last dance
Benzema is back in the French national team half a decade after leaving it with a smile on his face: he scored a brace in the clear 4-0 friendly victory over Armenia on 8 October 2015 in Nice. The French press may have kept the suspense alive by using the conditional and other cautionary words, but what once seemed improbable had become obvious for a while. The conditions seemed more favorable than ever for a return to the Blues of the man with 87 caps and 27 goals.

The first thing that stood out was the cautious stance taken by the French coach throughout the period of the dispute. He never insulted the future by giving the Madrid man a sporting death sentence. Even when the latter declared that Deschamps, by depriving him of Euro-2016, would have "given in under pressure from a racist part of France", the French coach remained measured. He limited himself to indicating that the player had crossed the red line, without going so far as to pronounce the death penalty against him.

Unavoidable
Secondly, and this is undoubtedly the basic element, Benzema is in sparkling form with Real Madrid. His current form will lure even an enemy in a battle field. Author of 29 goals, 8 assists in La Liga, the French striker is the best player in his team this season. He is the one who often gives them an extra soul and who, at times, pulls them out of bad situations. And this has been going on for almost three years.

The French press is already salivating at the prospect of Giroud's inclusion in the starting line-up, but the fact is that he is not as versatile as Benzema, who is capable of playing low down or on the flanks, making plays for his team-mates, providing decisive passes and, of course, finishing. The French press is already salivating over a likely partnership with Kylian Mbappé and Antoine Griezmann at the front of the French attack.

Another element that has likely weighed in the balance: the Adrien Rabiot jurisprudence. The Juventus player served two years on the sidelines for spitting on a reserve spot in the French squad for the 2018 World Cup. He was recalled in August 2020. And since then, things have been going well for him and for Les Bleus.