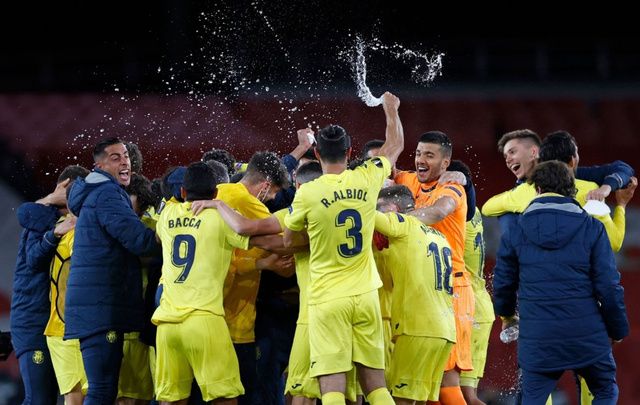 Manchester United and Villarreal will play in the Europa League final on 26 May in Gdańsk, Poland. The English and Spanish sides did well to have negotiated the first leg of the semi-finals of the competition. Indeed, despite losing and drawing the return leg respectively, they were able to book their place in the last four of the competition.

After Chelsea and Manchester City, it was Manchester United that made it to the finals of another European competition this season. The Red Devils fell in Rome on Thursday night 2-3 but they had arguably secured qualification in the away leg with a 6-2 win over AS Roma.

Arsenal failed to make it an all English affair as they were held to a 1-1 draw by Villareal in London. The Spaniards won 2-1 in the away leg played last week in Spain.

After Thomas Tuchel and Thiago Sylva, who reached the Champions League final with Chelsea, another pair of PSG outsiders have reached the top of European football this season: Manchester United striker Edinson Cavani and Villarreal coach Unai Emery.

After seven seasons (2013-2020) of loyal service, including 168 goals, the former was not retained by the capital club. He is now back at Old Trafford with a double in the Europa League semi-final second leg.

The Spanish coach knows the Europa League well. He won the trophy three times in a row (2014, 2015 and 2016) with Sevilla. He will play his fifth final on 26 May in Poland with the ambition of signing his fourth victory. Villareal is also in the Finals for the first time in the club's history.

For Emery, the revenge is twofold. He was sacked after two seasons (2016-2018) on the Parisian bench, and bounced back to Arsenal. Unfortunately for him, he was sacked again after a few months after loosing the 2019 finals of the Europa League to Chelsea. He has just repaired his image damaged by these two experiences.