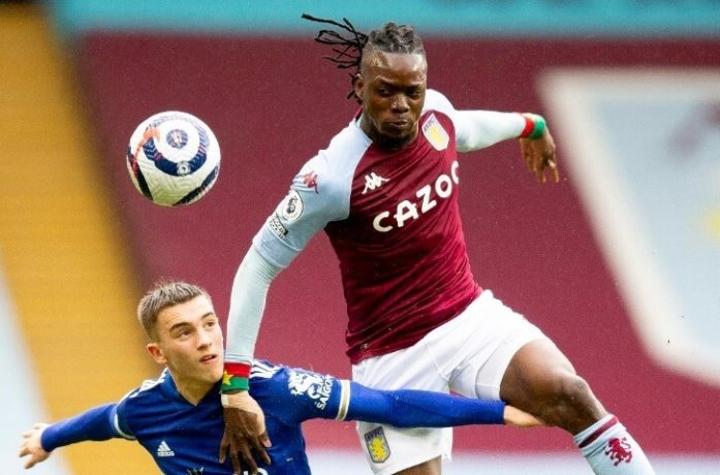 Arsenal are in eighth place in the Premier League and will not be taking part in any European competition next season, but they made a point of not wasting any time at the end of the season. Nicolas Pépé, who scored twice against Brighton (2-0), has given some relief to a disappointing season. The Ivorian had already scored twice against Crystal Palace (3-1) in the 37th round.

Two goals from Senegalese Sadio Mané enabled Liverpool to beat Crystal Palace (2-0) and qualify for the group stage of the next Champions League. Also of note was the goal by Bertrand Traoré of Burkina Faso in Aston Villa's 2-1 win over Chelsea (11th).

Royal Antwerp beat Anderlecht 1-0 thanks to a goal from Cameroonian Didier Lamkel Zé. La Gantoise won at Mechelen (2-1), with a goal from Moroccan Tarik Tissoudali. Standard Liege lost 1-3 at home to Ostend, despite a goal from Congolese Michel Ange Balikwisha.

Algerian international Andy Delort scored Montpellier's second goal of the season at Nantes (2-1), condemning the Canaries to a play-off against Toulouse. Despite a brace from Cameroon's Karl Toko-Ekambi, fourth-placed Lyon were beaten 2-3 by Nice, with Ivorian Hassan Kamara scoring the second goal for Les Aiglons.

The Mauritanian Aboubakar Kamara gave Dijon an unexpected 1-0 win at Saint-Etienne. Metz (10th) and Marseille drew 1-1, with Algerian Farid Boulaya converting a penalty for Lorraine. Reims (14th) lost at home to Bordeaux (1-2) despite a goal from Mali's El Bilal Touré. In the end, Habib Diallo of Senegal gave Strasbourg (15th) a crucial point against Lorient (1-1).

AC Milan, second in Serie A behind rivals Inter, will return to the Champions League next season after a seven-year hiatus. The Rossoneri completed their brilliant run with a 2-0 win away to Atalanta Bergamo, with Ivorian Franck Kessie scoring twice (from penalties) against his former club. Sampdoria Genoa, in ninth place, beat Parma 3-0, with a goal from Gambian Omar Colley.

Swift Hespérange took control of the standings with a 4-0 win over Rodange, thanks in particular to a goal from Hakim Abdallah of Madagascar. Fola Esch (3rd) beat Differdange (5-0), with a hat-trick from the inevitable Moroccan Zachary Hadji. Racing FC Union Luxembourg (4th) won by the same scoreline at Union Titus Pétange (5-0), with Malian Mana Dembélé also scoring three goals.

Ghanaian Kelvin Yeboah scored twice as fourth-placed Sturm Graz won 3-1 at Wolfsberger in Austria on Matchday 32. Several of his compatriots were decisive during the last weekend. In Sweden, Patrick Kpozo helped 13th-placed Oestersunds to a 3-0 win over Sirius, while Mamudo Moro scored both goals for Mjaellby (9) at AIK Solna (2-2).

Two Gambian players also stood out. In Belarus (Matchday 10), Dembo Darboe gave first-placed Shaktyor Soligorsk a valuable 1-0 win over Dinamo Minsk, while in the Faroe Islands (Matchday 12), Bubacarr Sumareh was again on target for first-placed Klaksvik with a brace in Runavik (3-0). And in Israel (round 34), Maccabi Haifa (1st) easily beat FC Ashdod (2-0) thanks to Godsway Donyoh.

The Nigerians were also effective. In Albania (round 35), Amos Beji Anthony enabled Bylis (9th) to take a point at Kastrioti (1-1). Richard Friday scored the only goal for FK Spartaks (6th) against Valmieras in the 12th round of the Latvian championship. In Switzerland, fourth-placed Lugano beat Lucerne 2-1 on their home ground, with a goal from Lucky Opara.