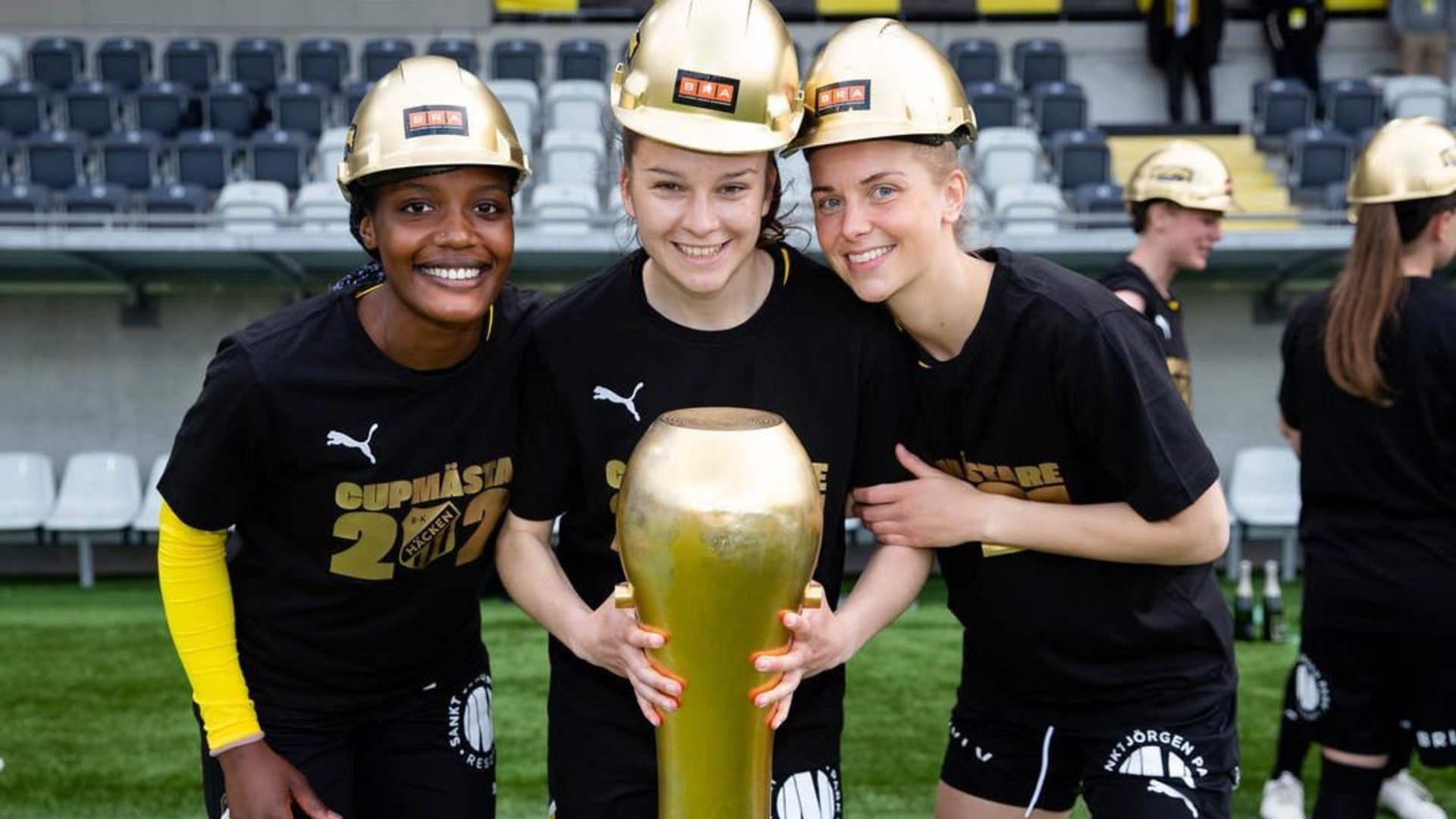 Going into Thursday's final, the 19-year-old, who has Nigerian heritage was hoping to celebrate a back-to-back title success with her side, following a 2-1 final triumph over Kristianstad in 2019.

Despite Ijeh's enterprising outings in the victories over Lidkoping and Linkopings, Mats Gren's side overlooked the forward in his starting XI as the league champions went on to celebrate a double.

Both teams could not be separated in the first half, but Filippa Angeldahl broke the deadlock six minutes into the second half. Stina Blackstenius doubled the lead in the 70th minute, although the visitors came close to finding the back of the net through Nigeria's Ayinde 14 minutes later.

Against the run of play, Pauline Hammarlund eventually got on the scoresheet to guarantee the holders' triumph, scoring just three minutes from time.

Despite an unused substitute in the final, Ijeh achieved her quest to improve her resume, celebrating her second Swedish Cup title in a row and her third piece of silverware with Hackens.

With the Cup successfully defended, Ijeh and Hacken will focus on retaining their Damallsvenskan title when they visit Djurgardens in their next fixture on May 17 in Stockholm.

On the other hand, Ayinde featured from the start to finish, while Okobi-Okeoghene saw the final eight minutes of the encounter but both could not claim their first-ever professional title in Europe.

For Eskilstuna, they will aim to bounce back to winning ways following three winless games in all competitions when they welcome Hammarby in their next tie on the same match day.