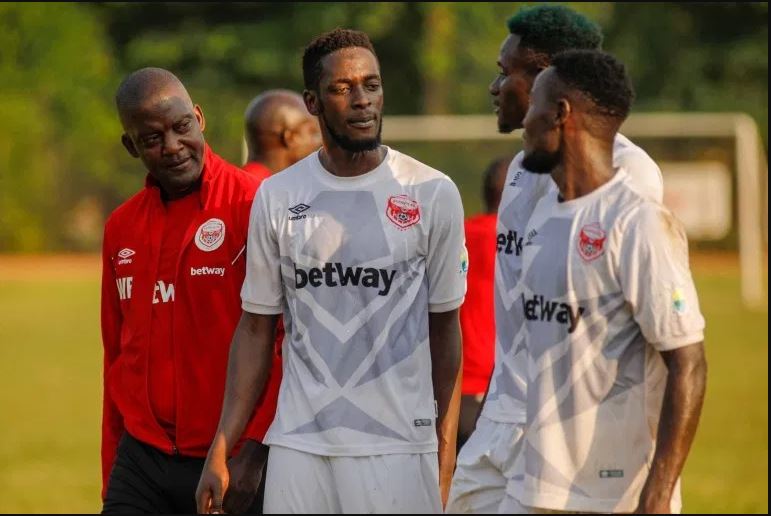 Express Football Club have gone top of the 2020/2021 StarTimes Uganda Premier League table after a convincing 4-0 win away to Busoga United on Tuesday.

The Red Eagles made sure they collected maximum points to go top of the log with 55 points.

Godfrey Lwesibawa netted a hat trick, while Eric Kambale also got his name on the score sheet for Express FC who have now won 16 games from 25 played.

“I am very happy that my players were very hungry to win from the start of the match. We need to keep winning our games as the League has few games remaining,” Express coach Wasswa Bbosa told Sport News Africa after the game.

In another match played today the reigning League champions Vipers SC had their title hopes dented by visiting Mbarara United who fought from two goals down to win 3-2 at the St. Marys Stadium, Kitende.

In-form Yunus Sentamu and Paul Mucureezi gave the home side a 2-0 lead, before Mbarara United fought back after recess to win the match. Solomon Okwalinga, Bashir Mutanda and Jude Semugabi scored for coach Livingstone Mbabazi’s team who are placed 10th on the log.

Vipers remain third on the log with 53 points, while Uganda Revenue Authority FC with a game in hand are second with 54 points

In the other game played Wakiso Giants FC defeated Bidco FC 2-1 with Abdul Kimera (own goal) and Viane Ssekajugo scoring for the home side, while Joseph Ssemujju was on target for Bidco FC.