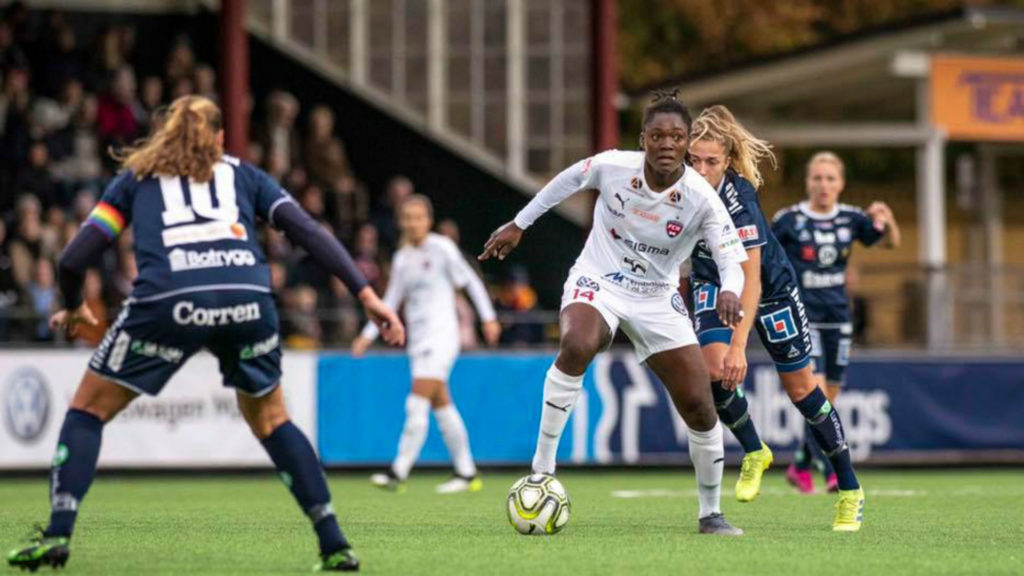 Faith Michael was in fine form and Anam Imo found the back of the net as Pitea earned a 4-0 triumph over AIK in Thursday's Swedish Damallsvenskan game.

With no win in her side's three consecutive outings, the Nigerians were eyeing a return to winning ways and earned their 11th and seven starts of the season, which they shone in, against Maiju Ruotsalainen's side.

Stellan Carlsson's side made an impressive start to the contest as Selina Henriksson opened the scoring for the 2018 champions after just 11 minutes of action.

10 minutes from the half time break, Astrid Larsson doubled the hosts' lead with her brilliant individual finish.

After the restart, the visitors made a strong start to the second half but could not find a breakthrough as the hosts broke their resilence to grab the third through Jennie Nordin's strike in the 80th minute.

Two minutes from time, the Nigerian forward found herself in a perfect position to wrap up the victory with her fantastic effort.

Nigeria's Michael and Imo featured for the duration of the game and the former helped her side to a fourth clean sheet while the latter grabbed her third league goal of the season in 10 outings for Pitea.

With the home win, Pitea move up to ninth spot on the table, having garnered 10 points from 11 games in the current campaign.

Imo will hope to continue with her goalscoring form when her side seek to consolidate on their third win of the season at Djurgårdens on July 7.