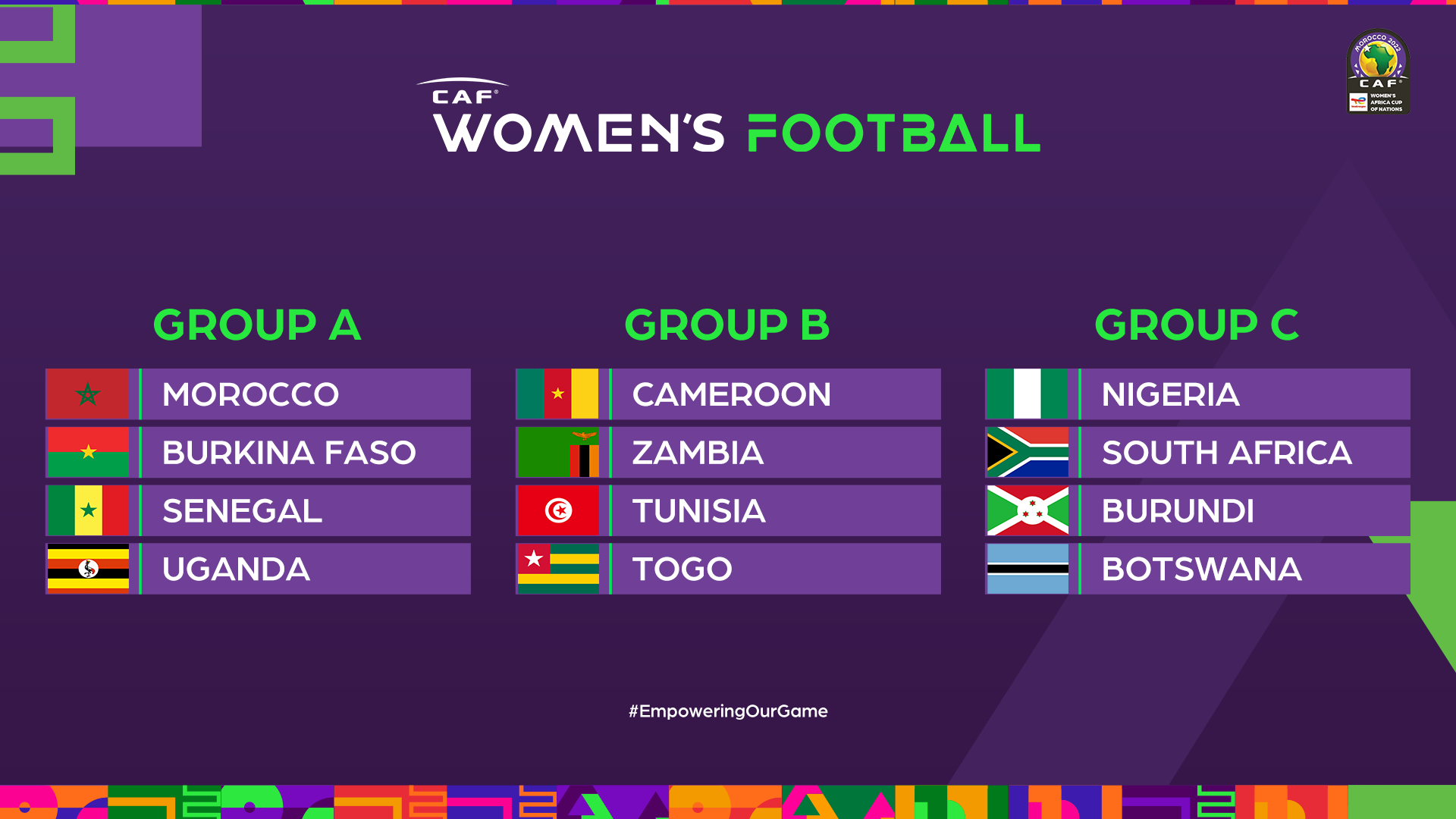 The African race for the 2023 Women's World Cup resumed with the top teams on the continent confirming their group stage oppositions at the forthcoming 2022 Women's Africa Cup of Nations in Morocco on Friday night.

The continental showpiece billed to be held from July 2-23 in Morocco will serve as the qualifiers for the global event to be jointly hosted by Australia/New Zealand, where six teams will emerge, including four automatic slots.

The draw for the 14th edition threw up some exciting outcome, with defending champions, Nigeria drawn again against 2018 runners-up South Africa, alongside debutants Burundi and Botswana in Group C.

The Super Falcons will renew their rivalry with Banyana having met in the group opener and subsequently in the final of the previous tournament which was hosted by Ghana in 2018.

Banyana Banyana secured a 1-0 win over the Nigerians in the group stage, but the West African giants defeated the COSAFA multiple winners 4-3 on penalties following a 0-0 draw in the final to celebrate a record ninth African title.

Meanwhile, hosts nation, Morocco are in Group A alongside Senegal, Uganda and debutants Burkina Faso, while Group B houses Cameroon, Tunisia, Togo and Tokyo 2020 representative Zambia.

In the official fixtures, Morocco will open the tournament in Group A with debutants Burkina Faso on July 3, while Cameroon will seek to revenge their Tokyo Olympic heartbreak against Zambia in the Group B opener on July 4.