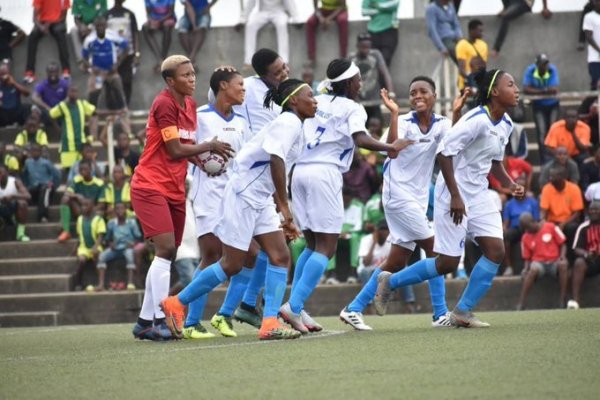 Matchday 19 of the Nigeria Professional Football League played with 10 matches producing 30 goals from seven home wins and three draws in the last week.

In Katsina, Katsina United held Warriors on home soil to a 2-2 draw.  Sixteen minutes into the tie, Mustapha Salisu put the visitors ahead in the tie, 25th-minute Warriors responded to level the game to a 1-1 score.

Adebayo Waheed scored yet again for Katsina but Godwin Obaje level for the home team in the 35th minute. All goals in this tie were scored in the first half. Warriors are now just a point above their visitors Katsina United.

Elsewhere in Uyo, Dakadda defeated Niger Tornadoes 2-1 as the Iko Allah Boys had a bad tour after Sunday Akinmoladun’s own goal at Godwill Akpabio Stadium cost them from savaging a point away from home.

Although two minutes into the game, Ezekiel Eddidiong had put one past the Tornadoes goalkeeper. Just 2 minutes to stoppage time, Mohammed Rabiu converted from the spot-kick that made the game end in 2-1. The relegation tie favoured Dakadda as they have now moved off the relegation zone.

At Akwa United Stadiun, Enugu Rangers only required 47 minutes to wreak Lobi Stars in Akwa City. They wrecked vulnerable Lobi Stars at Uyo in an eight-goal thriller match.  Ossy Martins and Agustine Agu both had a brace for Rangers before resilient Lobi Stars responded, scoring in 57th, 66th, and 81st minutes of the encounter.  Rangers have now kept a record of the most away wins and the most goals scored in a game this season. The Flying Antelopes are now sitting comfortably at the third spot, while Lobi further dropped to the 19th spot on 19 points.

In Owerri, Heartland and fellow struggling MFM remained in the relegation zone after the 0-0 tie. No goals was scored as both teams settled for a barren draw and now sit in the danger zone after the result.

Rivers United continued with her superb run of form beating Akwa United 4-1 in Port Harcourt. Akuneto Chijioke scored a hat trick in the 28th minute as well as Isahq Kayode. No NPFL player has scored more goals than the pair. Rivers retained their leading spot as Akwa United dropped to sixth place.

In Katsina, Kano Pillars thrashed Gombe United 3-1 to revive their domestic title dreams. Eze Ifeanyi scored twice, Rabiu Ali also registered his name on the scoresheet for Kano Pillars. Abdulazeez Yussuf scored for Gombe just before the first half was over as the northern tie ended in favor of the Sai Masu Gida. Pillars have now moved up to12th spot, while Gombe retains their 24 points as Pillars.

Plateau United secured a 2-0 trriumph to mount title pressure on Rivers. 22nd and 71st minute goals by Plateau see them off Sunshine Stars of Akure. Plateau is behind Rivers with a point difference, and Sunshine lowered to 8th position with 26 points.

Enyimba held Wikki at home to a 0-0 barren draw. Enyimba has dropped to the middle of the table, while Wikki stays at seventh place with 27 points.

Shooting had previously went games winless streak has now won their last two against Kano Pillars and Nasarawa United. the only goal that separated both sides was scored by Uko Aniete just 13 minutes into the game.