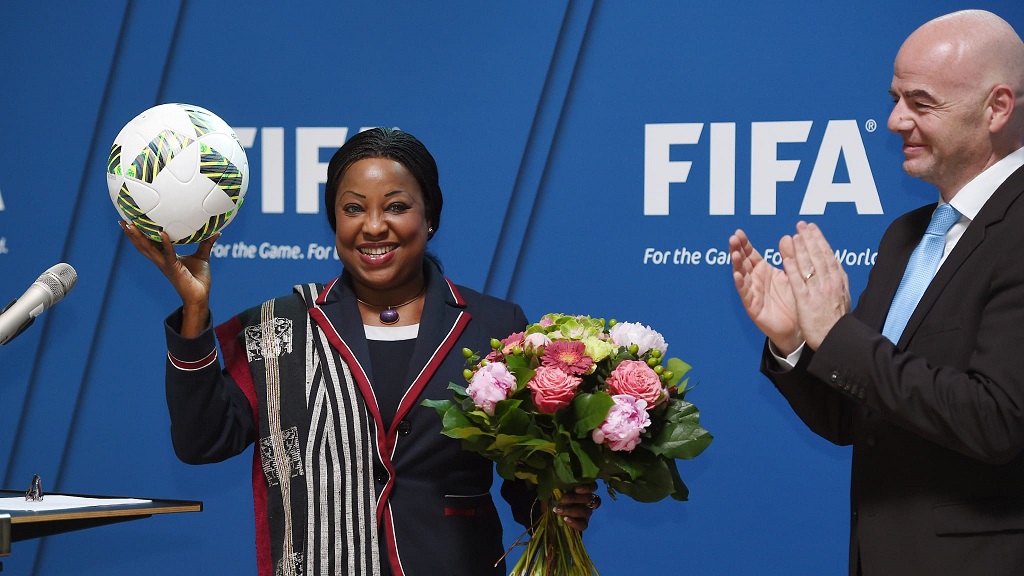 Secretary General of Federation Internationale de Football Association (FIFA), Fatma Samoura, is proud to be leading the global football organization which is doing a fantastic job in gender mainstreaming across all levels.

While speaking in an interview with a Ghanaian radio station, Happy 98.9 FM in commemoration of the International Women's Day, Samoura revealed that there have been many steps that have been taken to get more diversity into the world of football.

According to her, the current administration has brought a lot of women in the world's football governing body nd pledged to continue to do more in closing the huge gender gap.

“We have 6 women representing each of the Confederations on the highest decision-making body that is the Executive Council of FIFA," she said.

“We have 39 female participating in the various committees on FIFA. We are trying to close the gender gap between women's football and men's football by injecting more cash into the women's game as we did in the FIFA Women's World Cup in France.

“The world has recognized that women are active and strong part of football They are 50 per cent of the world population and you cannot run the game without women”.