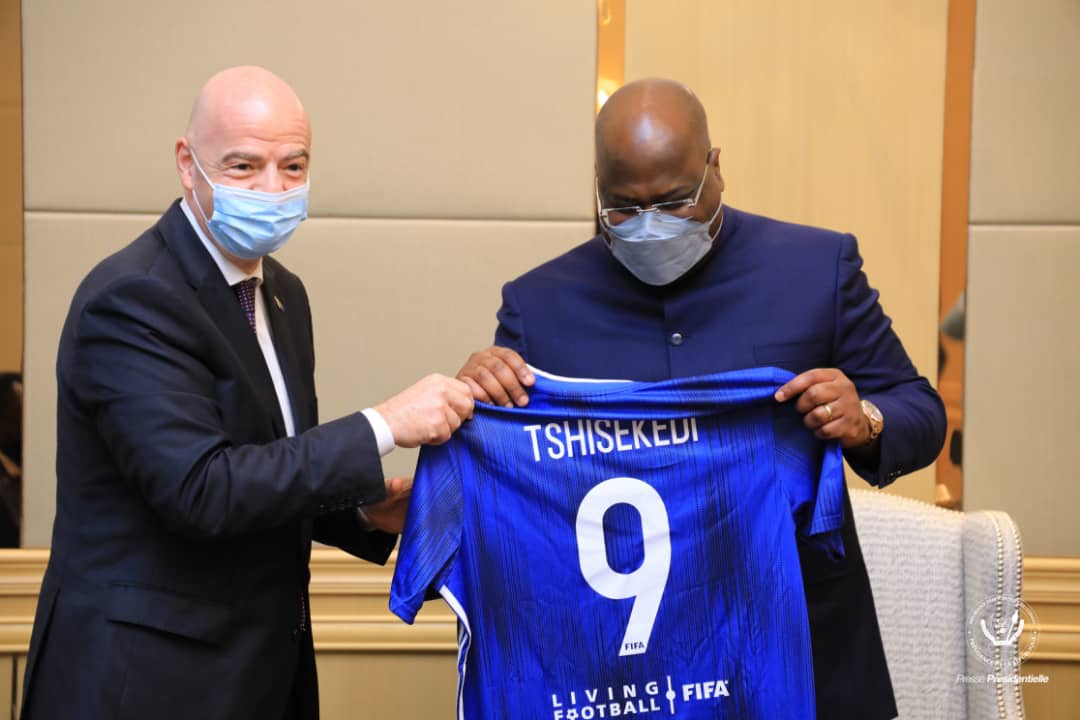 The DRC is the pilot country for the inter-school soccer championship. In the presence of the Congolese Head of State, Félix-Antoine Tshisekedi, accompanied by the Minister of Sports and President of FECOFA, the partnership between FIFA and the DRC is sealed.

The special adviser to the Head of State in charge of Regional Cooperation and Integration, Me Bestine Kazadi, crossed the Congo River to accompany the FIFA President Gianni Infantino to Kinshasa from Brazaville.

The arrival of Gianni Infantino in the DRC visibly marks the beginning of a new era in Africa football especially within schools. A tournament that will not only give hope to young people, but also instill in them the values of the sport such as playfulness, respect for rules and respect for the opponent.

President Félix-Antoine Tshisekedi and President Gianni Infantino spent hours in a one-on-one meeting to give substance to this project. "We talked about the development of soccer in the DRC but also in Africa as a whole. We launched a school championship competition that will later be passed on to the whole of Africa. Education, school and soccer must be in symbiosis. We also pinpointed the point on good governance and the fight against corruption in soccer," Gianni Infantino told the press.

Thanks to this partnership, FIFA is committed to providing its unwavering support in various forms to the organization of this tournament for girls and boys. The choice of the DRC to experiment this project is not accidental. "Having a president like Tshisekedi who fights corruption in soccer is a guarantee for me as President of FIFA. We have a lot of projects together so that Africa can project itself at the head", added Infantino.