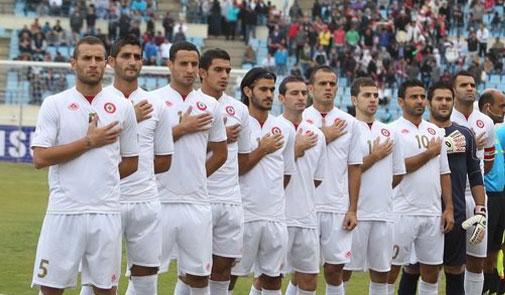 The Cedars of Lebanon have qualified for the group stage of the 2021 FIFA Arab Cup.

A quick second half goal by Hilal Al Helwe was enough to see Lebanon edge Djibouti 1-0 in the preliminary match played at the Khalifa International Stadium, Doha on Wednesday.

Mahabeh Mahdi almost leveled matters after 56 minutes, but the Lebanon Mehdi Khalil was quick off his line to make the save.

In the first half Djibouti’s Mahamoud Doualeh had a chance to give his team the lead, but his attempt was deflected.

The Djibouti team continued to fight back strongly in search of goals, but failed to take their chances and also lost a lot of possession. Djibouti will also have their goalkeeper Mbonihankuye to thank for blocking and punching away many of the attacks by the Lebanon team.

“I am happy we are through to the next stage. But we should have taken many of our chances,” said Lebanon’s head coach Jamal Taha after the match.

Julien Mette, the Djibouti coach said although his team played well, they failed to take their chances. “In football it is always good to take your chances. But playing here has been a good experience for my players,” added Mette.

The Lebanon team now join African champions Algeria, Egypt and Sudan in Group D for the final tournament that kicks off November 30th.

Sudan are the only team from the Council of East and Central African Football Associations (CECAFA) zone which have qualified for the group stage after seeing off Libya 1-0.

Somalia lost 2-1 to Oman, while Bright Star of South Sudan forfeited the match to Jordan after some of many of their players tested positive for COVID-19 before their match on Monday.

Today June 24th, Palestine will battle Comoros before Bahrain face Kuwait on Friday in the last preliminary match of the FIFA Arab Cup.