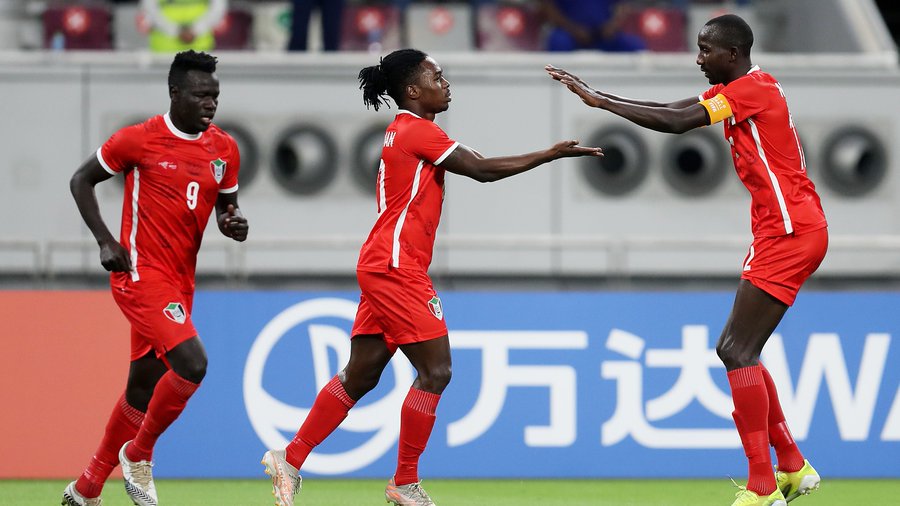 Sudan are through to the group stage of the 2021 FIFA Arab Cup after seeing off Libya in the preliminary stage.

The Falcons of Sudan saw off the Mediterranean Knights of Libya 1-0 in a game played this evening at the Khalifa International Stadium in Doha, Qatar.

Mohamed Abdel Rahman scored from the penalty after 14 minutes in front of a fair crowd at the Stadium. Rahman sent the Libyan goalkeeper Taher Aamer the wrong side to give Sudan the lead. Defender Taher Aamer had brought down Saifeldin Bakhit in the box.

Sudan who also qualified for the 2021 Total Africa Cup of Nations (AFCON) continued to dominate, but lacked the final finishing at goal. Libya’s Asnosi Ammar came close to scoring towards the interval, but his shot went wide.

But in the second half Libya returned with more intent, but also failed to find the goals. Libya’s new coach Javier Clemente made three changes, but to no avail.

It was all celebration after the final whistle as Sudan now join African champions Algeria and Egypt in Group D. The winner between Lebanon and Djibouti will also join Group D for the final tournament to run between November and December this year in Doha.

Sudan’s Hubert Velud said he was pleased with the discipline of his team. “We scored and defended well against a good Libyan team. I am happy we are through to the next stage,” added the coach.

On Sunday Oman will face Somalia in the second preliminary match of the competition, while Jordan takes on South Sudan on Monday. The preliminary stage will have seven matches.