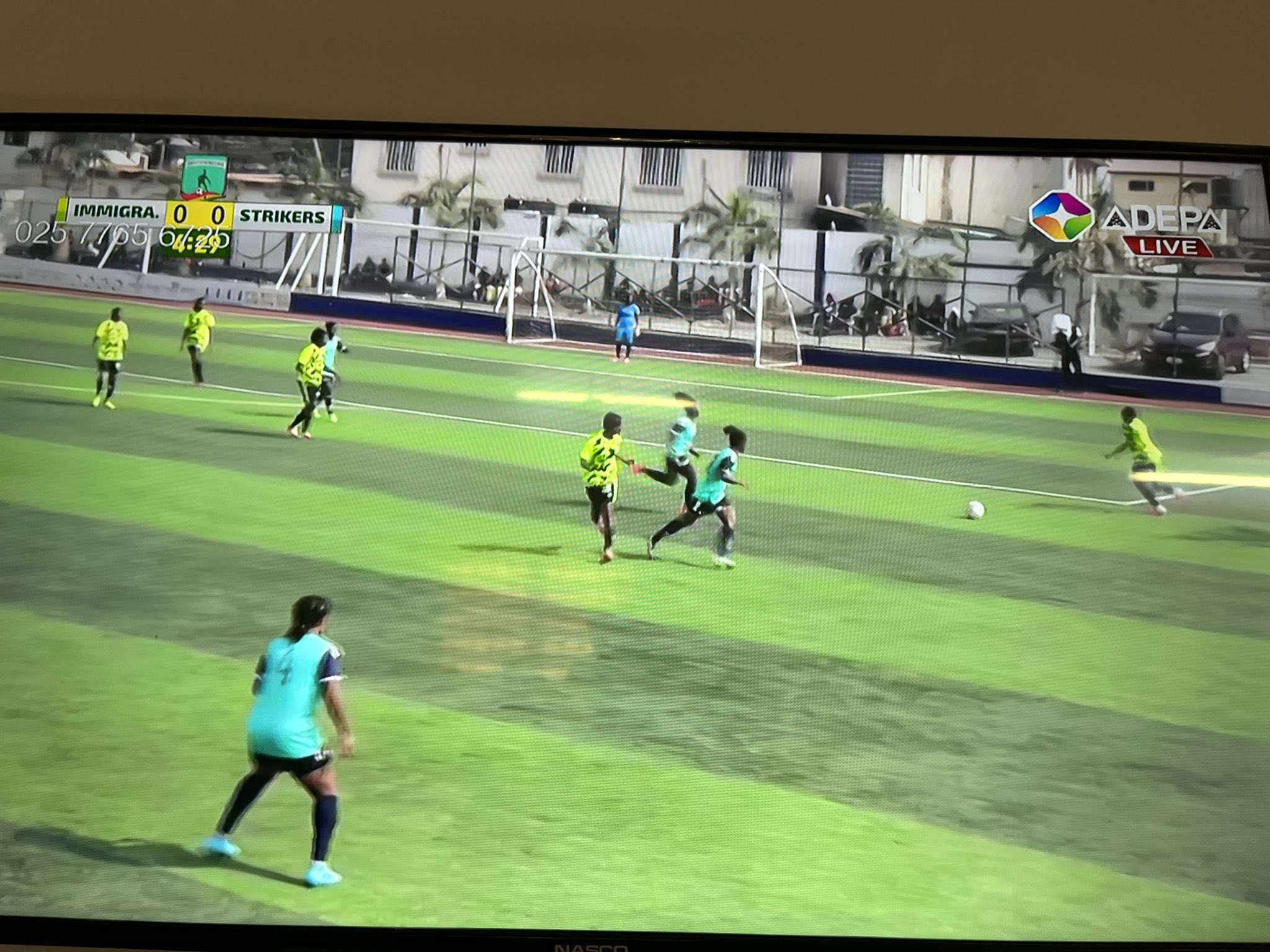 On 2nd February, 2022 the Ghana Football Association announce Imax Media as the official broadcast partner of the Ghana Women’s Premier League (WPL) for a period of two seasons.

This deals means Imax Media will produce and broadcast a minimum of two League matches on its channel every week with plans of increasing the number as the season progresses.

Before this new deal, the Ghana Football Association was already showing matches on its official Facebook page which they will continue to do so as this deal allows them to continue showing the games on their Facebook, YouTube and the Ghana Football app.

History will remember the Immigration Ladies vs Ladystrikers game as being the first Ghana women’s premier league match to be shown on live television on 15th February, 2022.

For the records, this game is not the first women’s game on television because back in 2019, the Normalization Committee Special competition women’s league final match between Hasaacas Ladies and Ampem Darkoa was shown live on Ghana Broadcasting Corporation network.

As an adapt follower and love of the league, I wouldn’t miss this for nothing so I was seated an hour before kickoff with a smiley face and so much joy in my heart. For me, it felt like an achievement and I dare say I played a role for always implying the need to promote, publicize and market the women’s game.

With struggling Immigration Ladies side yet to win a game and Ladystrikers being in their best forms, you really don’t need a magician to tell you how the game will end. Immigration Ladies could have conceded 5 goals in the first half but thanks to brilliance of goalkeeper, Mary Neequaye but she couldn’t hold on for long as the goals started dripping in.

Suzzy Dede Teye in the 36th minute got the opener before her mate, Amon Abigail doubles the lead for the visitors to end the first half of the encounter. Clearly not impressed with the performance of the team, the technical team of Immigration Ladies FC refused to go to the dressing room. The players were asked to stay back and shake up instead.

Back from recess, former Black Queens player, Rumanatu Tahiru pulls one back for them in the 49th minute. Catherine Arthur makes it goal number 3 for the visitors in the 69th minute through a spot kick.

90 +5 minutes of playing time over and Immigration Ladies are yet to win a game. Their goalkeeper, Mary Neequaye was crowned player of the match for outstanding performance.

“I’m happy to be crowned the player of the match on this historic occasion. I must thank the Ghana Football Association and all those who played a role in getting the deal for the games to be shown on live television.

This will bring more eye balls on the league, lots of promotions, publicity and the league will get a lot of support as well”-Neeqyuaye explained.

Immigration Ladies coach, Joseph Badger also revealed “To me, it is a laudable idea for the games to be shown on live television but on the other hand, I feel pained because once it is history, it will always be remembered that our game was first to be shown on television but we lost . That is the painful thing for me.

This is going to open more doors and opportunities for the game to get sponsorship. People will be willing to be attach themselves to clubs. Let’s thank the GFA and women’s premier league committee for this great initiative.”

Coach of Ladystrikers, Dauda Sanogo also added his voice.” It is a privilege and an honor because if you look back at how women’s football started with no support and how difficult it was and now seeing the interest from everyone is really good .Hasaacas Ladies FC players a huge role in capturing and developing people’s interest in the game.

“People are paying attention now which is good .The many matches shown and views gotten, the more sponsorship or potential sponsors we will get and also, player agents will be able to monitor players and get good players from the league for international deals.”

Round of matches for the first round of the Women’s Premier League will end next weekend after match day nine games.