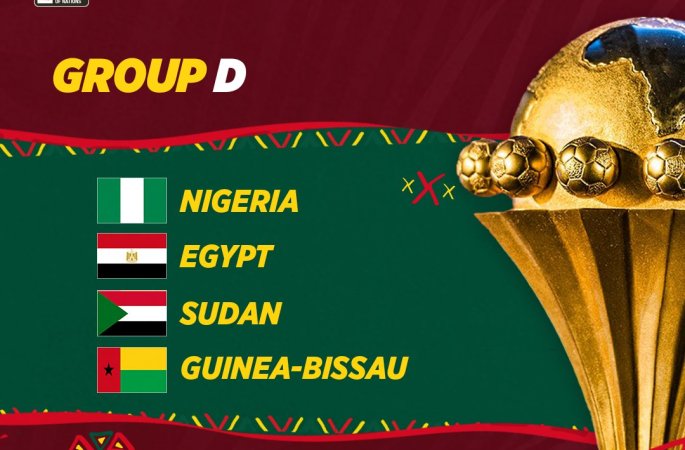 This group is unlike any other of the 2021 AFCON. It has four singular traits that make it unique. Presentation of the forces in presence: Egypt, Nigeria, Guinea-Bissau and Sudan.

Group D is the exception of the six in the first round of the 2021 Africa Cup of Nations. For four reasons. One: it is the only one that contains three winners of the event. Egypt, Nigeria and Sudan. Guinea-Bissau, who have a clean record, complete the picture.

Two: the Egyptians (7, a record), the Nigerians (3) and the Sudanese (1) have between them won eleven titles. No other group at the tournament, which will take place in Cameroon from 9 January to 6 February, has done better.

Three: no other group, either, is composed of teams accumulating fifty-four participations in the final phase. Twenty-five for the Pharaohs, nineteen for the Super Eagles, seven for the Nile Crocodiles and three for the Djurtus.

Four, incidentally: pool D is the only one without any French-speaking countries. All the others have at least one. So Arabic, Portuguese and English will be spoken, as well as, probably, the dialects of the competing countries.

The important thing will be elsewhere. The question is: which two teams will automatically qualify for the Round of 16? Egypt and Nigeria are the favorites. But since the African Cup of Nations sometimes throws the odds in their favor, we should add that Sudan and Guinea-Bissau could spring a surprise.

Egypt will be able to count on Mohamed Salah at the top of his game. 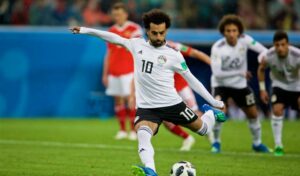 The Pharaohs have not won the CAN since 2010 and their third consecutive title in Angola. It was the seventh and last time they occupied the African throne. They were at the confluence of their heyday and their decline. In subsequent editions, indeed, the North Africans were no longer even entitled to a place on the podium. Not even when they hosted the last one in 2019. Egypt was eliminated in the round of 16 by South Africa (1-0). Since 1974 and the affront of Zaire (now DRC), it had never lost a AFCON organized on its soil.

The country has nevertheless renewed its team without denying the principles that have shaped its reputation on the football planet and based its control of the AFCON between 2006 and 2010. Egypt continues to rely on its own clubs, Al Ahly and Zamalek in particular. They still seek to offer a shimmering and viable backdrop. In addition, the constellation of local talent is sublimated by Mohamed Salah (Liverpool) at the top of his game.

The 2021 Africa Cup of Nations will be another opportunity for the Pharaohs to reconnect with their glorious past. 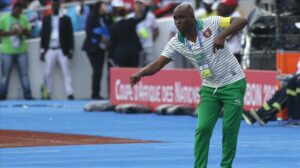 The Djurtus are going to play the AFCON for the third time in their history. In the first two (2017 and 2019), they were both knocked out in the first round. In Cameroon, they will try to do better.

Guinea-Bissau has gained experience. The team has not seen big changes for over five years. The core is the same. It revolves around the 50-cap goalkeeper Jonas Mendes, Zezinho and the goal-scoring duo of Piqueti and Frederic Mendy.

What's more, the Guinea-Bissau team has kept the same coach for five years. Baciro Candé, the hero of the first qualification, will lead his team to their third consecutive finals. He is the man behind the emergence of the Guinea-Bissau team. Will he reap the rewards of his years of hard work in Cameroon with a first appearance in the second round or better?

Nigeria coach Gernot Rohr (right) will be without the injured Victor Osimhen. 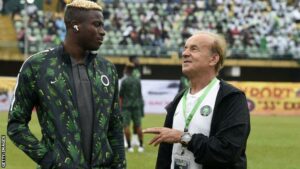 The Super Eagles will take part in their 19th AFCON in Cameroon. The goal is to lift the trophy for the fourth time after the 1980, 1994 and 2013 triumphs. Since its last victory, the best ranking of Nigeria in the finals is the third place won at the last edition in 2019 (Egypt). Times have changed for the Green and White. They are no longer scary as in the past. However, they do not lack talent. The Nigerians shine in the five major European leagues and elsewhere. The problem lies in the imbalance between the lines that characterises the Nigerian team and thwarts the machine.

This relative weakness in defense and midfield did not prevent Gernot Rohr's men from qualifying for the 2021 African Cup of Nations and the 2022 World Cup play-offs. But it cost them a few points that could have changed the game. They drew twice against Sierra Leone (0-0 and 4-4) on the road to Cameroon. And for Qatar, at home to Cape Verde, they shared the points (1-1) with Cape Verde and lost (0-1) to the Central African Republic.

These modest results, against weaker teams on paper, raise the question: will Nigeria be able to win the 2021 Africa Cup of Nations? Nothing is less certain. Especially since they will be without their main offensive weapon: Victor Osimhen. The Napoli striker has suffered a serious facial injury and is out of action. First test: 11 January 2021 against Egypt (17:00 GMT).

Sudan: Species on the verge of reappearance 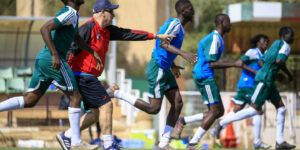 The Nile Crocodiles will play in Cameroon for the ninth time. This is better than Gabon (8 participations), Kenya (7), Uganda (8), Benin (5), among other countries better positioned in the FIFA ranking. Sudan also have a better record at the finals than even bigger names like Senegal, Mali, Morocco and South Africa. With a championship title, two finals and a third place, the Sudanese team has indeed done better than these countries in the AFCON.

Since their only victory on home soil in 1970, the Sudanese have alternated between long absences from the African football banquet and brief reappearances. Their first major comeback came in 2008. After 32 years in the wilderness, they made their first comeback. This episode will be followed by an eclipse (2010) and a second comeback in 2012 with the best performance of the Nile Crocodiles for 40 years. A place in the quarter-finals.