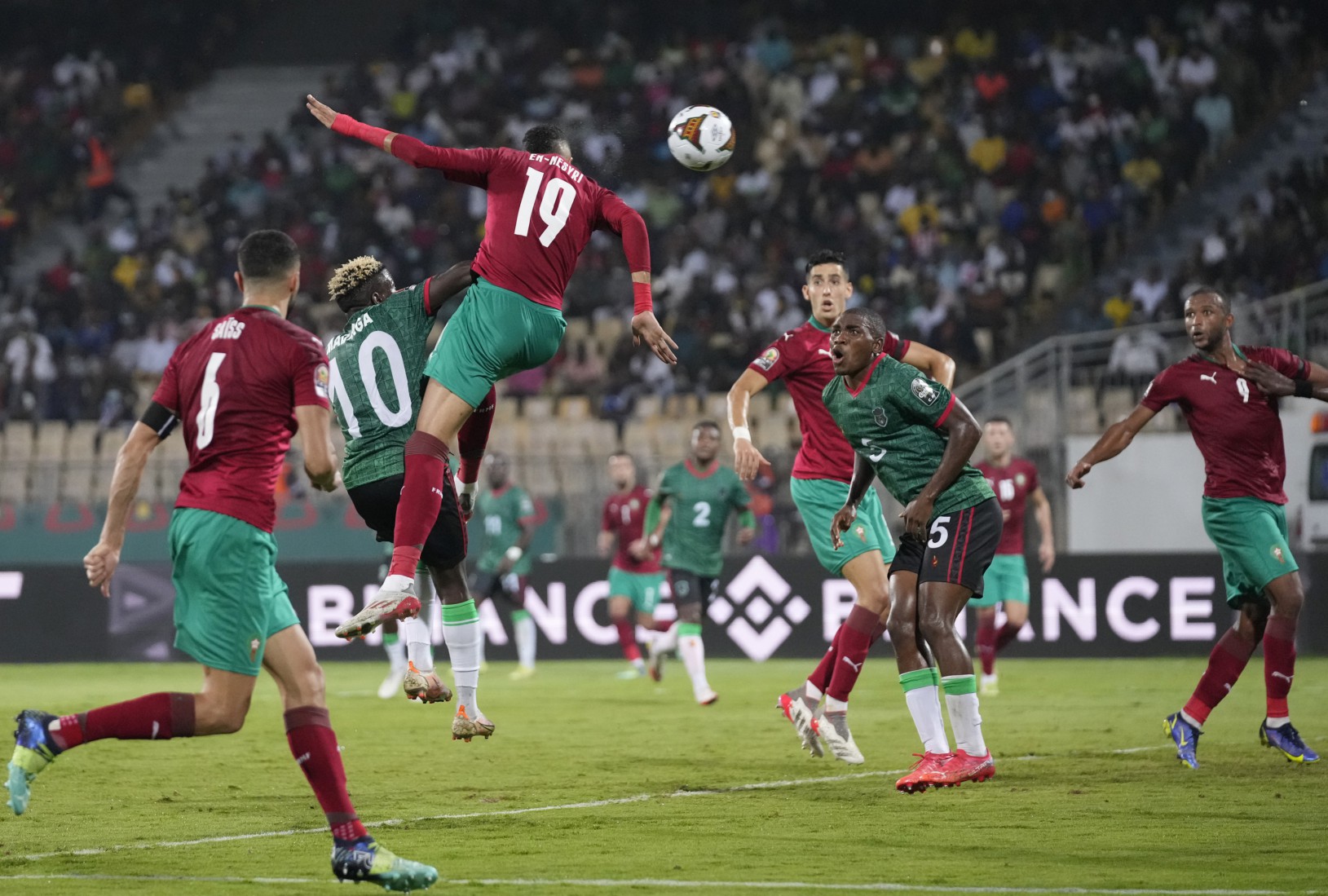 Youssef En-Nesyri equalised for Morocco just before half time

North Africans Morocco came from behind against Malawi in Yaounde at the Africa Cup of Nations to book their spot in the quarterfinals.

The two countries met in the last 16 on Tuesday, 25 January. Malawi established an early foothold by taking the lead through striker Gabadinho Mhango, who scored what could be the goal of the tournament. From some way out, Mhango unleashed a powerful shot after spotting the opposition goalkeeper Yassine Bounou off his line and his superb effort rattled the back of the net as the Flames took a lead within the first 10 minutes of the game.

Stunned by that early goal from Malawi, Morocco found their rhythm and started launching attack after attack, but they were denied on numerous occasions by Malawian shot-stopper Charles Tomm, who was in good form during the first half.

Tomm could do very little to deny Moroccan forward Youssef En-Nesyri, who levelled matters just before the break.

Boosted by that goal in the final stages of the first half, Morocco came out for the second period in search of another one. They took the lead for the first time in the game when right back Achraf Hakimi netted an absolutely stunner from a set piece. It proved to be the winning goal for the North Africans.

Malawi, who were competing in AFCON for the first time since 2010, gave a good account of themselves throughout the competition and bow out with their heads held high.

Morocco, meanwhile, are one step closer to winning their first AFCON title since 1976.