Alex Iwobi: Speaks on his favorite position and the difference between Everton and Nigeria 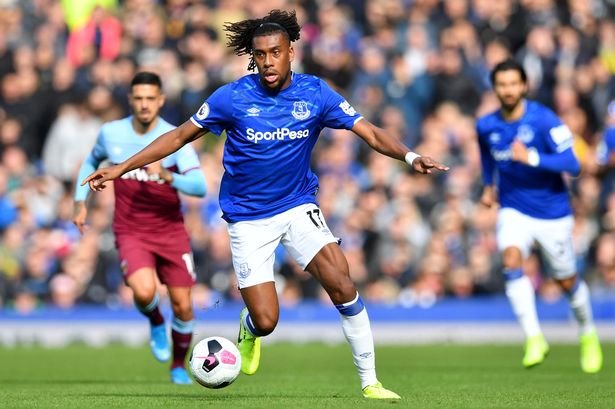 Alex Iwobi: Speaks on his favorite position and the difference between Everton and Nigeria

He is not always happy with his adaptive role  at club level at Everton (Premier League), as he is with his national team. Alex Iwobi is not unhappy either as he has a preference in the field.

Since joining Everton in the summer of 2019, Alex Iwobi has had to experience playing under three different managers at Goodison Park. And each with their own styles of play. The Arsenal-trained player has played left winger, right winger, left midfielder, attacking midfielder and center forward.

In short, all the attacking sectors. For Iwobi this has only broadened his range. "I think playing in different roles has helped me understand the game a little bit more. Especially the defensive roles," Iwobi revealed to Everton's official website.

"I'm not going to complain. Playing right-back, right midfield, left midfield, I will play anywhere and I will always do my best," the Nigerian international assured. As a good soldier, he tries to adapt to all situations. "I think my range is much wider with Everton. For my national team, it's completely different. I like to play in midfield as a number eight or number 10," Iwobi said.

"My goal is to score and pass.''
Iwobi has made 160 Premier League appearances, 70 of them for Everton. With only 13 goals scored and 19 assists, Iwobi is hoping to improve his tally. And obviously if Everton coach Benitez gets him playing in his ideal position. "My goal is to get more goals and assists," he said. "I feel I can play in any position. For every manager and every team it will be different," the Super Eagle continued. "I feel I can play in any position," Iwobi concluded.