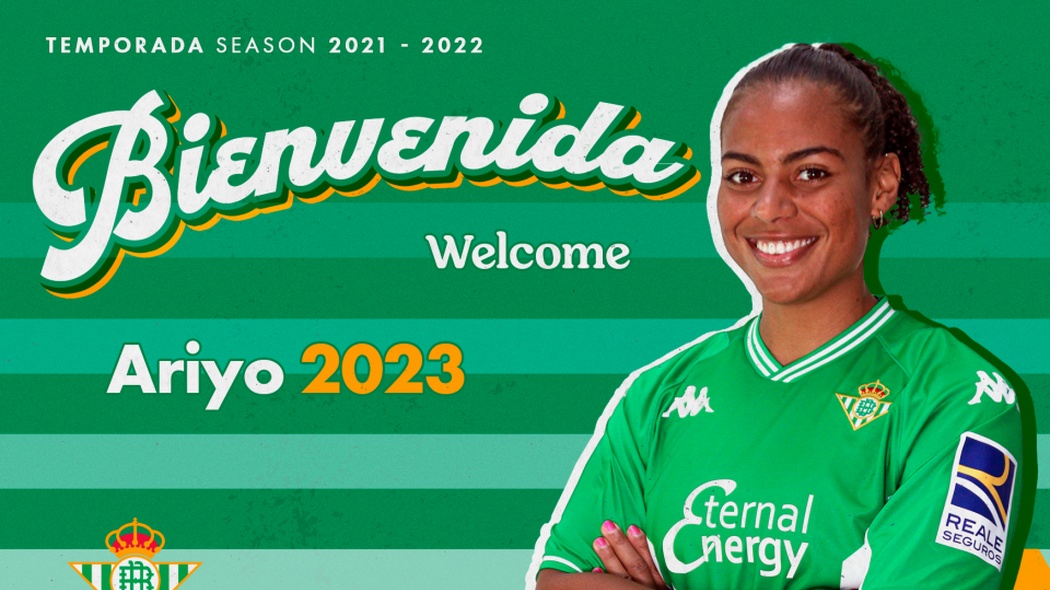 Babajide, who was on loan at Brighton sealed her switch to the Spanish outfit following the mutual termination of her contract with parent club Liverpool, where she has been since 2018, scoring 21 goals in 58 appearances.

She helped England finished third at the 2018 U-20 Women's World Cup, and in September 2020 was called up to the senior Lionesses set-up for a training camp but can still represent Nigeria through her parents at the senior level.

The move will also see the British-Nigerian leave the UK for the first time after stints with Crystal Palace, Milwall and Watford as the 23-year-old England international becomes Juan Carlos Amorós' first winter signing at Betis.

Commenting on her transfer and her quality on Friday, Babajide said: "I play as a winger and obviously Amorós has seen me play in England, so I guess he will expect me to use my speed to help score goals and assist as well.

"My attributes I would say are speed and strength, as well as my ability. with the ball. I'm looking forward to meeting the fans and I hope they can enjoy watching me play," she concluded.

On Thursday, Ariyo also completed her switch to the Seville based outfit following a forgettable spell at Tenerife.

The Nigeria international decided to move  in search for regular playing time by leaving Tenerife, where she only played for just 138 minutes across nine appearances following her arrival from Finnish side TiPS in June 2021.

Like Babajide, the 27-year-old Finish-born striker, who made her international debut for Nigeria against Jamaica last June, signed a one-and-half-year contract, which will keep both Nigerian attacking players at Betis until June 2023.

Before recent stints at TiPS of Finland and Tenerife in Spain, Ariyo, also had featured for United States' Monroe Tribunes, Bridgeport Purple Knights, Honka of Finland and Jitex BK of Sweden as her previous clubs.

With injury to key forwards, the Nigerian duo will be look upon to solve the attacking problems of the team as they have relied on a makeshift option in Ghana midfielder Grace Asantewaa, who scored thrice in last two games.

The arrivals of the two Nigerians swell the number of Africans at Betis to four, joining Equatorial Guinea's Dorine Chuigoue and Ghana's Asantewaa, who both arrived at the club in the summer of 2021.

Babajide and Ariyo will be aiming to get off to bright starts if they are both considered for debut appeareances by coach Juan Carlos Amoros against Granada in the Spanish Copa De La Reina encounter on January 26, 2022.