CAF CC: Pirates give themselves advantage with comfortable win - Highlights 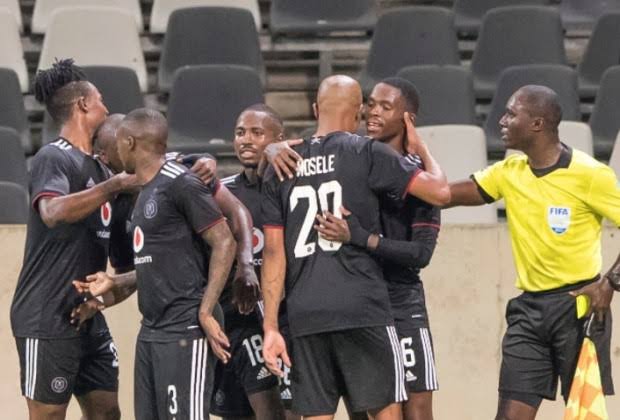 South African giants Orlando Pirates have put one foot in the final of the CAF Confederation Cup after registering a 2-0 win in the first leg semi-final against Al Ahli Tripoli in Libya on Sunday night, 8 May.

Pirates, who lost out to Esperance in the final of the 2013 Confederation Cup final, were in control of the match for most parts, showing that they were not prepared to sit back away from home. The visitors wanted that important away goal and they got it within the first 10 minutes of the match when defender Innocent Maela put them in front. It was just the start the South Africans wanted, putting early pressure on the hosts who tried to make a comeback.

While Tripoli were trying to find an equalizer, Pirates increased their lead before the half-hour mark, as Bafana Bafana midfielder Goodman Mosele found the back of the net with a neat finish to give the opposition goalkeeper no chance.

Pirates took a 2-0 lead into the break, a comfortable lead which would no doubt have made their co-coaches Mandla Ncikazi and Fadlu Davids happy.

In the second half, both teams tried to get on the score sheet, but they were unable to find the back of the net. It ended 2-0, which means Pirates will take two away goals into the second leg clash in Soweto next Sunday, 15 May.

Pirates, who have done pretty well in their home matches this season in the Confederation Cup, are determined to reach their first continental club competition final in seven years.