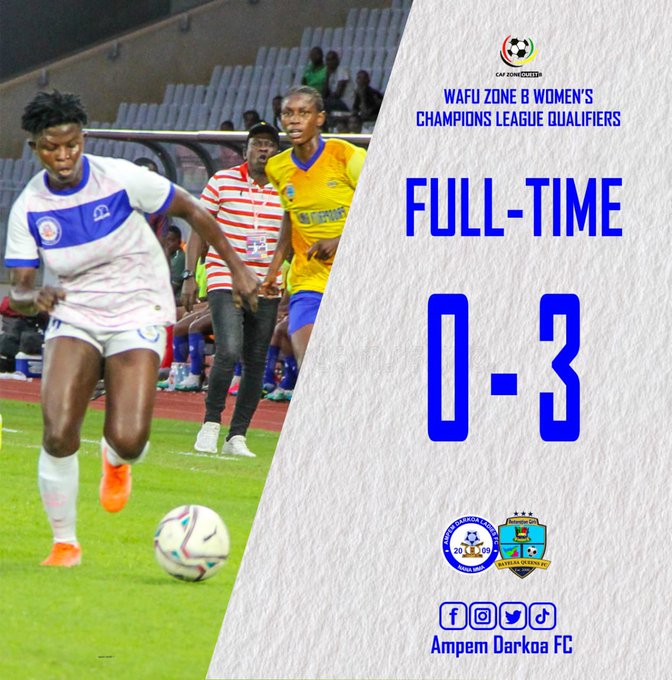 Ghana Women's Premier League and  FA Cup champions were humiliated as their dreams to play at the ultimate CAF Champions league stage came to an end after a 3:0 defeat.

Miracle Joseph broke the deadlock of the game in the 11th minute as she stepped up to convert a penalty for Bayelsa Queens. .
Flourish Sebasstine extended the lead for the Nigerian champions with a super strike before Chinyere Igbomalu completed their historic feat with her strike on the stroke of halftime.

The defeat means Ghana will have no representative in the next edition of the CAF Women's Champions League with Hasaacas Ladies representing Ghana in the previous edition.

Bayelsa Queens will be representing WAFU B in the 2nd edition of the CAF Women Champions League in Morocco this year.