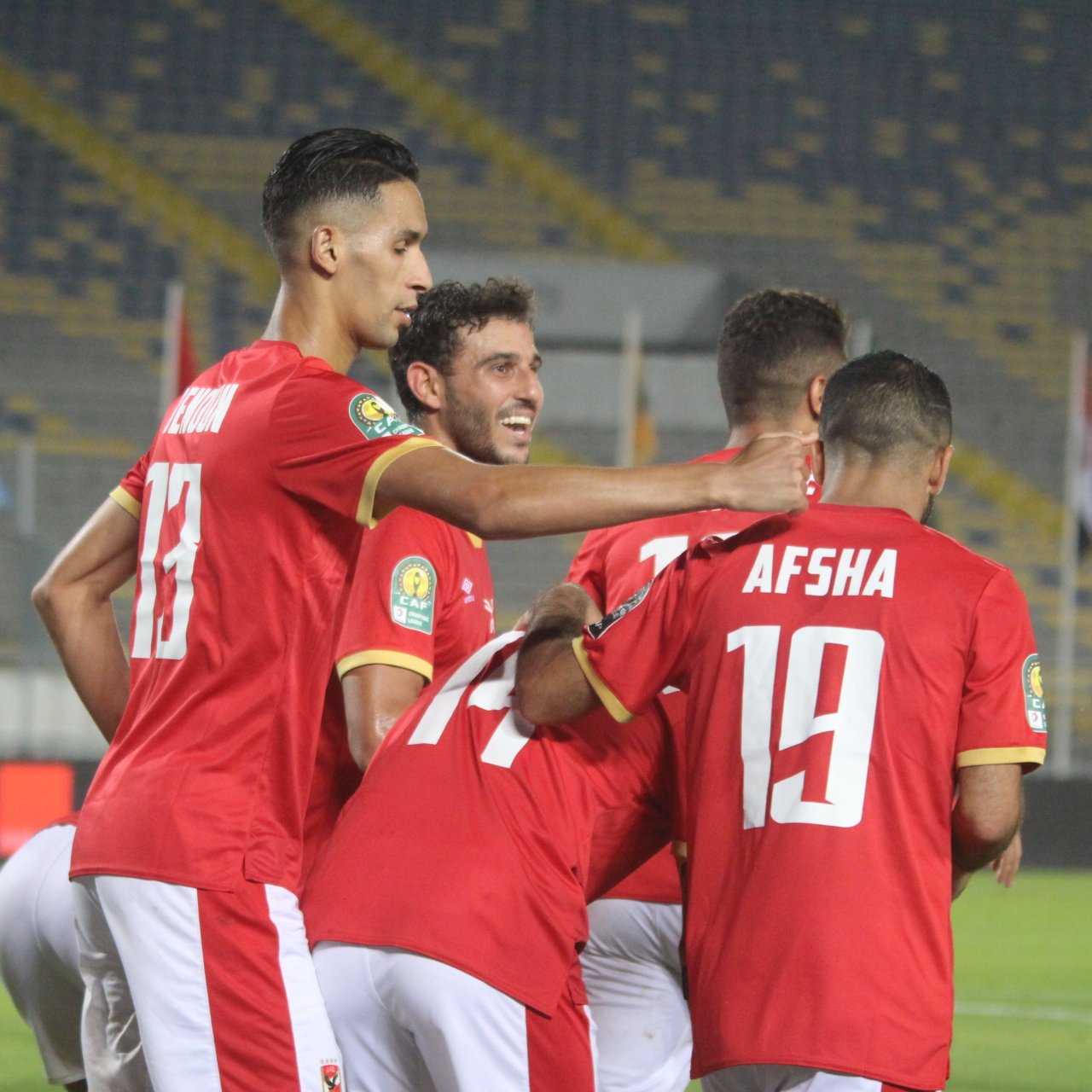 Al Ahly players celebrate one of their three goals against Chiefs

The Egyptians went into the game as favourites to win the tie, but Chiefs were hopeful of making history by winning their first title. Al Ahly, however, ran riot and showed no mercy to the 10 men of Chiefs on the night, netting all their goals in the second half to wrap it up in fine style.

Chiefs started the game fairly well and held their own in the first half. The South Africans, however, were dealt a big blow when left winger Happy Mashiane was sent off for a dangerous tackle on Akram Tawfik. Initially Mashiane was shown a yellow card for the tackle, but after VAR was brought in to review the decision, the youngster was sent for an early shower when he was shown a red card. At that point, it was advantage Al Ahly.

It only took the Egyptians seven minutes in the second half to break the deadlock and it was the dangerous Mohamed Sheriff who opened the scoring with a cool finish after a defence splitting pass was played into the Chiefs box. It was his sixth goal in the Champions League this season.

Just after the hour mark, Al Ahly made it 2-0 thanks to a brilliant finish from Mohamed Magdy Asfha

Amr Solia wrapped it up for Al Ahly to ensure they recorded back-to-back titles.9