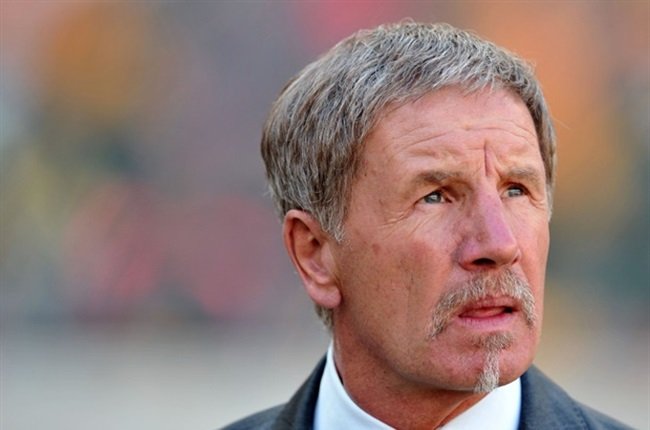 Stuart Baxter will be on the bench for Kaizer Chiefs

Stuart Baxter will sit on the Kaizer Chiefs bench for the first time since he was announced as coach of the club in June, when the South African giants take on Al Ahly in the CAF Champions League final on Saturday, 17 July.

Baxter was confirmed Chiefs coach in June after the club parted ways with Gavin Hunt. He was appointed just before the Champions League semi-final meetings against Morrocan side Wydad Casablanca, but was unable to sit on the bench because he had not received his work permit. Now the coach has the neccessary documentation and will sit on the Chiefs bench for the first time and will be assisted by Arthur Zwane and Dillon Sheppard, who were in charge of the two-legged semi-final against Wydad.

"We're all aware of the situation of the club in terms of where we stood in the PSL, how long we travelled in the Champions League, but when I agreed to come back in was just a question of let's get you on the bench as quickly as we can and in the interim I was doing whatever I could," the former South African national team coach told the media ahead of the final.

"I had a work permit but it was with SAFA, so I was allowed to work in South Africa but not officially because of the paperwork so I did what I could to prepare the team in the interim and then when the work permit came through officially then I can now sit on the bench.

“I've been with the club for a few months so I've been working with the players but on the bench is special and this game is special, I think the players have worked very hard in their preparations," he said.

"We've had a lot of challenges but the players have managed and surprised everybody, do we have one more surprise left in us, we'll see on the night."

Chiefs are playing in their first ever Champions League final and want to become the third South Africa club to win the competition after Mamelodi Sundowns and Orlando Pirates.