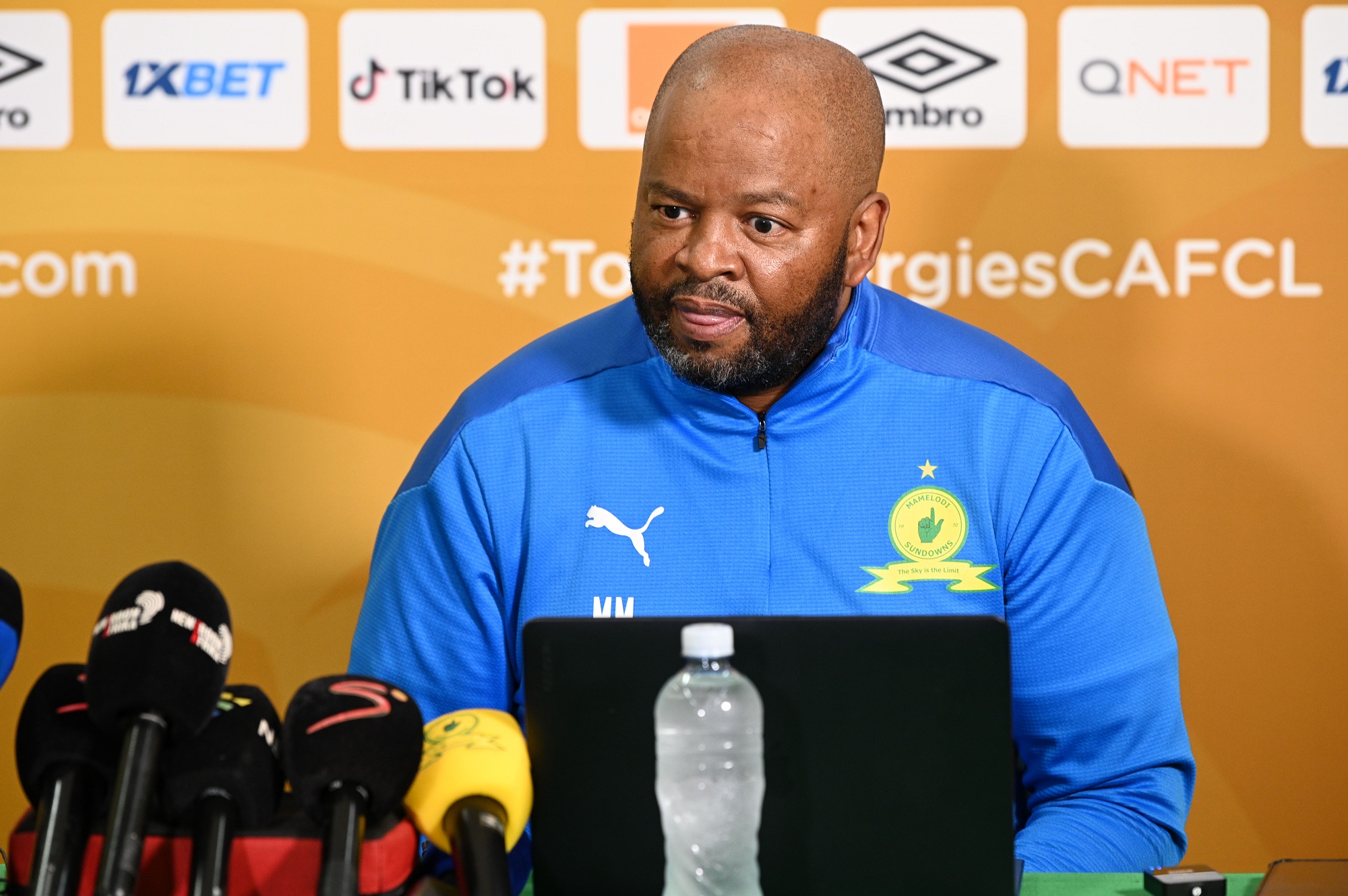 Mamelodi Sundowns co-coach Manqoba Mngqithi is focused on the positives

South African giants Mamelodi Sundowns have fallen short of reaching the CAF Champions League final since winning it in 2016 and there is good reason to worry as they head into their quarter final second leg clash against Angola’s Petro de Luanda on Saturday, 23 April.

After going 2-1 down to the Angolan club in the first leg last weekend, Sundowns have to overturn the score in the return leg, set to be played in South Africa’s capital, Tshwane. Sundowns will certainly be wary of their Angolan opponents who finished second in their group during the round robin campaign. This is because both Al Ahly and ES Setif, who finished second in their groups, have both booked their spots in the semi-finals after knocking out Morocco’s Raja Casablanca and Esperance of Tunisia respectively. Both Raja and Esperance finished top of their group but are now out of the competition.

Sundowns, who were impressive during the group stage campaign, would not want to suffer the same fate as Raja and Esperance.

Sundowns have often let themselves down in the knockout phase of the Champions League, but co-coach Manqoba Mngqithi told the media that he would rather focus on the positives.

“I want to look at what is positive because I gather a lot of strength from positive energy. So, the fact that we did not win against Wydad [Casablanca] when we needed one goal to win, we understand. The fact that we did not win against [Al] Ahly last year, the mount was a bit steep for us because we allowed them to score two goals away and when you allow two goals away from home without any reply, it becomes difficult because if they score one goal it becomes a mess,” he was quoted as saying by South African media.

“But we believe we have the capacity to do well. We played against Chicken Inn, in those early stages in 2016, they beat us 1-0 and we came back home and we beat them. We’ve got the experience of coming back and we’ve won a lot of matches to believe that our team is good enough.”