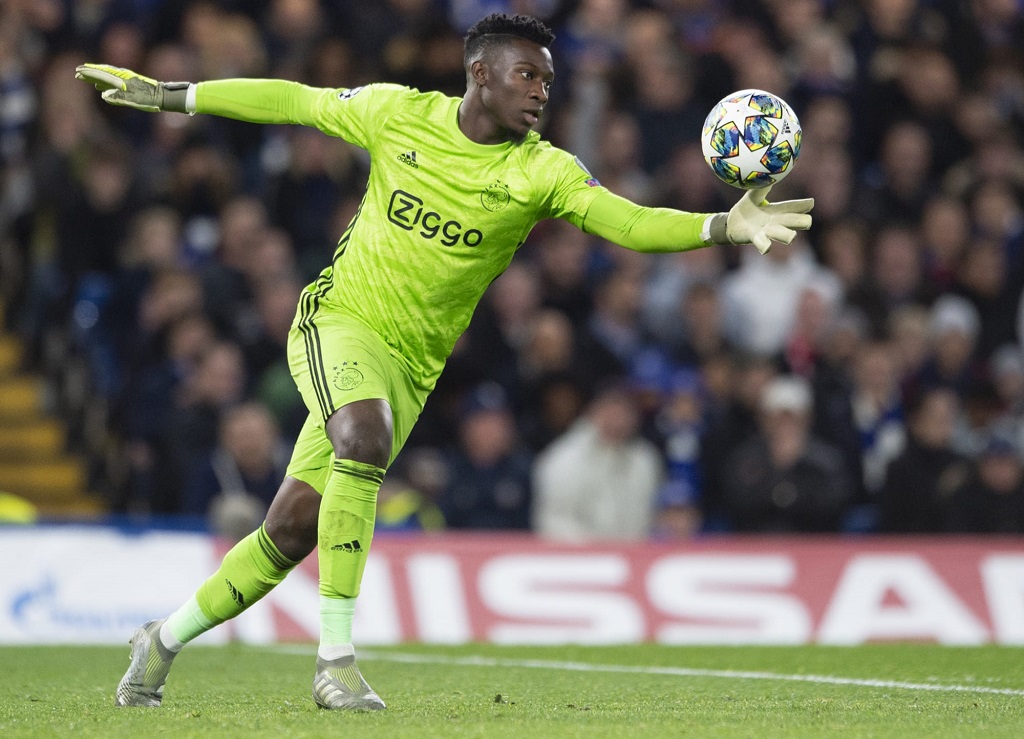 The French newspaper L'Equipe is reporting the coming to terms between Cameroon's shot stopper Andre Onana and French top flight outfit Olympique Lyon in a transfer case that will see the player leave Ajax of Amsterdam to Stade Gerland.

The player is said to have given his ok for the deal to be negotiated between the two clubs.

Recent mercator news has been linking the right footed skillful goal keeper to the Dutch head coach of Lyon.

Dutchman Peter Bosz has been urging his management to recruit Ajax Amsterdam goalkeeper André Onana.
The Cameroonian international, with his good foot work, has the profile desired by the 57-year-old Dutch technician.

For the moment, Lyon are offering a check of 5 million euros, while Ajax’s asking prize is a little over 10 million euros, due to last year’s contract extension.

André Onana had his ban for a positive doping test cut to nine months on Thursday and can resume playing in November. The Court of Arbitration for Sport said its judges found Onana was not at significant fault and reduced his one-year ban by UEFA. The ban now ends on November

André Onana Onana appeared in 20 matches this season in the 2020/21 Eredivisie season, playing a total of 1800 minutes. He conceded an average of 0.7 goals every 90 minutes, a pretty decent record. André Onana Onana kept a Clean Sheet in 9 matches out of the 20 that he played in.

Onana has played for Ajax since the 2016/17 season. During this time frame, he played the Europa league finals and champions league semi finals with Ajax.

The move will be a very much welcomed one for Andre Onana who has not played competitive football in the last couple of months since his ban. He will need play time at club level so as to reinvent his exploits with the Indomitable Lions of Cameroon who will be hosting the next AFCON come January 2022. Andre Onana will need to stand between the sticks for the green, red and yellow.