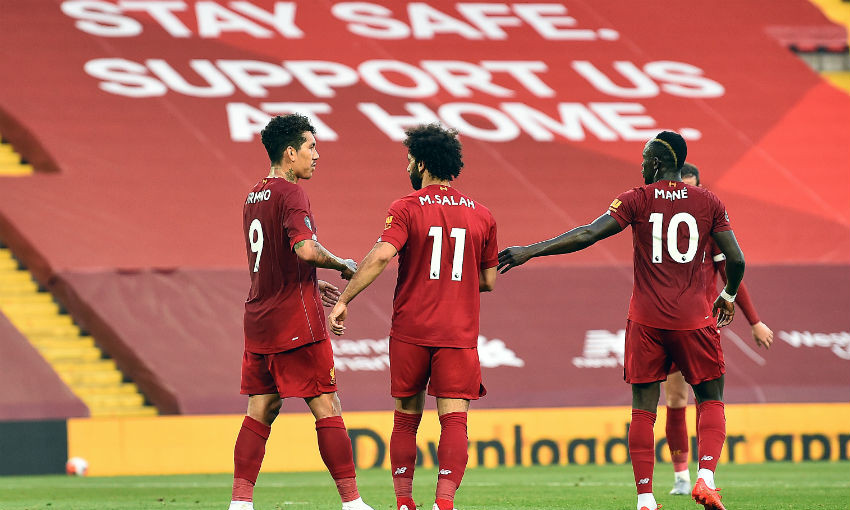 Retired Liverpool defender Jamie Carragher suggests his former club's managers should break up the Mané-Salah-Firmino trio by selling one of them this summer. The Sky Sports consultant says that this combination is currently the Reds' biggest liability.

Liverpool are not ridding in the skies this season as the case has been in their recent years. Jamie insists that the team is over expounded it's attacking options over the years and they have almost become exhausted and barren.

"People keep saying that Liverpool's problems are in central defense. But the biggest problem is at the other end of the pitch, in attack," said Carragher on Friday 30 April, ahead of the derby between his former team and Manchester United on Sunday 2 May (matchday 34, 16:30 UTC).

Having been knocked out in the ¼ final of the current edition, the last Champions League winner is no happier in the league. They are sixth (54 pts, 1 game in hand) in the Premier League with four games to go.

The trio of Mané, Salah and Firmino have become far less effective than in previous years. It is a good thing that the team has been able to score 45 goals this season, 34 of which have come in the Premier League. A low output for strikers who, in the last three seasons, were together worth more than 60 goals per season. In 2017-2018, they exploded their counter by finding the net 89 times.

Jamie Carragher believes this is the end of the story. And Liverpool are paying a high price for it this season. "We know that Virgil van Dijk and Joe Gomez will be back next season. The three star strikers, and rightly so, are still here. They are joined by Diogo Jota, who has scored a few goals (25 games, 12 goals), but I said six months ago on Monday Night Football, their partnership is at the end of the cycle. "

The consultant added: "When you look at the great attacking partnerships, they last three years and then you move on. Mané, Salah and Firmino have been paired for four or five years (since 2017-2018, ed.), so you have to sell one of them this summer and invest in a new striker. That's where Liverpool need to spend money. "

The most prolific of the trio, Egypt's Mohamed Salah has scored 26 goals, including 20 in the league. Sadio Mané (12-8) and Roberto Firmino (7-6) have been less successful. Which of these strikers should Liverpool sell this summer? Jamie Carragher didn't go for it.