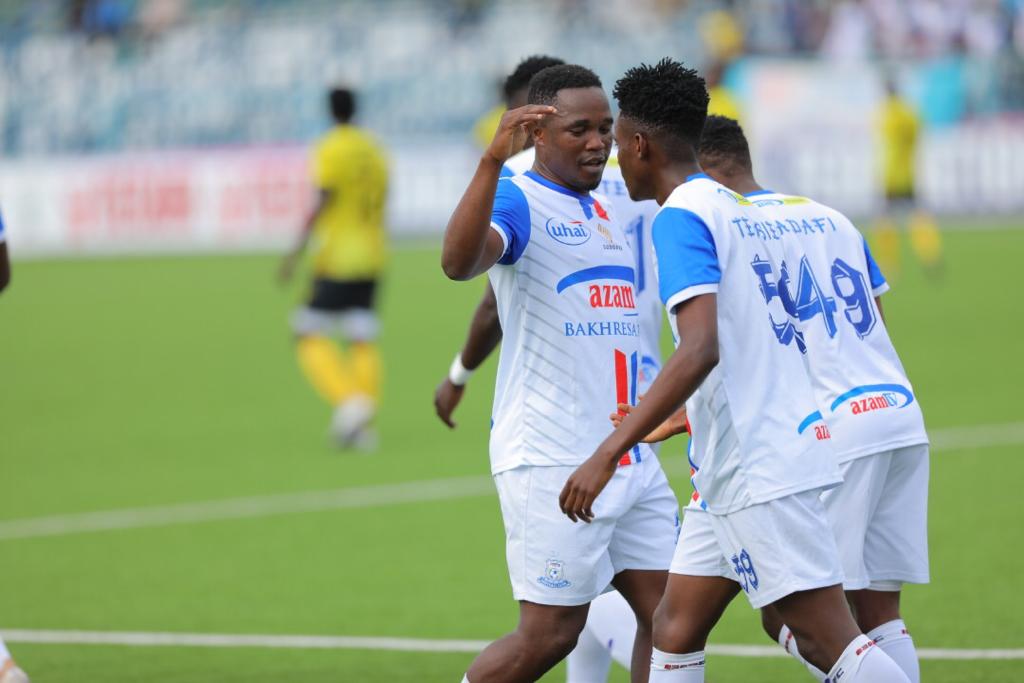 Tanzania Premier League side Azam FC are the first team to qualify for the semi final stage at the on-going regional CECAFA Kagame Cup.

Azam defeated Burundi’s Le Messager Ngozi FC 1-0 on Thursday evening to record their second straight victory in the tournament to book a place in the knockout stage.

After 22 minutes Iddi Kipagwile capitalized on a well taken Tepsi Evancy Theonasy cross to score Azam’s only goal after 22 minutes in the Group B match played at the Azam Complex, Chamazi.

The Zanzibar side tried to attack in numbers in the second half, but still failed to find the goals.

KCCA FC’s coach Morley Byekwaso said his players are not yet fully fit because of inactivity as a result of the COVID-19 lockdown that was in Uganda. “We need to make sure we perform well in the last group game against the team from Burundi so that we qualify for the semi final,” said Morley Byekwaso.

The group stages of the tournament which has attracted eight teams including guest side Nyasa Big Bullets will end on Saturday.

“We are happy that this tournament is being played at this period because it will give clubs a chance to prepare and assess their players ahead of the CAF competitions that start next month,” said the CECAFA Competitions Director, Yusuf Mosi.