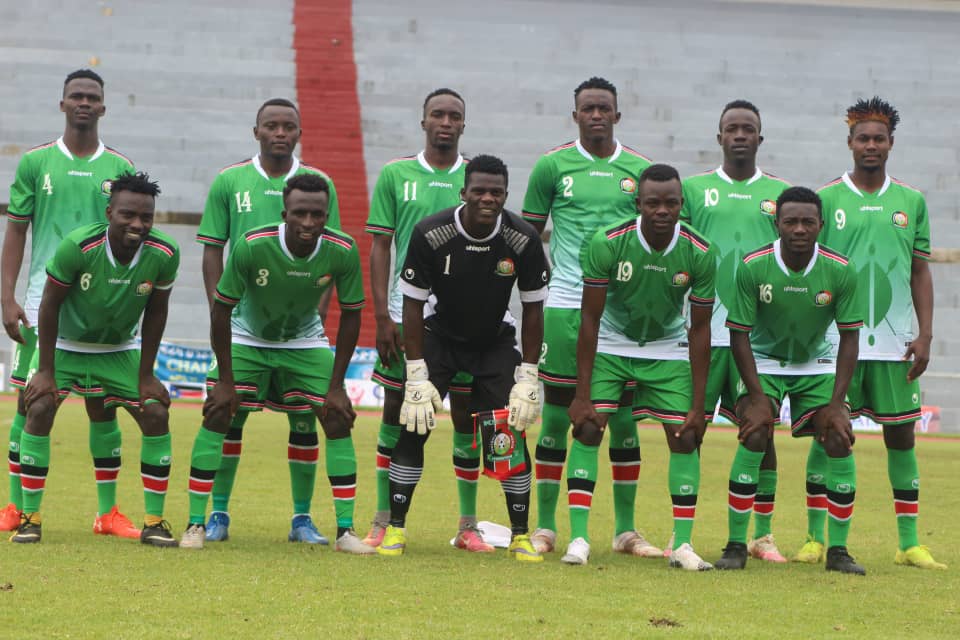 The Kenya Emerging Stars are the first team to book a place in the semi final stage at the on-going CECAFA U-23 Challenge Cup in Bahir Dar, Ethiopia.

Coach Stanley Khayo Okumbi’s team kicked off their Pool C campaign with a comfortable 3-0 win against Djibouti, before following it up with a 2-0 victory against South Sudan on  Wednesday.

The Emerging Stars who top Pool C now wait for the winner of Pool B that has Ethiopia, Burundi and Eritrea.

“I am happy that we have managed to win all the two games, scoring five goals and conceding none. We shall continue to prepare well because the knockout stage is a different ball game,” Okumbi told Sports News Africa.

He also praised his defenders and strikers Paul Reagan Otieno who is among the leading top scorers in the tournament with three goals and Benson Oluoch Ochieng who scored twice coming on as a substitute in each of the matches.

Burundi who humbled Eritrea 3-0 in their opening match also stand a chance of finishing top of Pool B or as the best runner-up to enter the knock out stage. Hosts Ethiopia who were held to a 3-3 draw by Eritrea will play their second game on Friday against Burundi.

After a goalless draw against Uganda and a 1-0 defeat to Tanzania, guest side DR Congo cannot make it to the semi final stage and will wait to play classification matches. The last Pool A match between Uganda and Tanzania on July 24th will decide which team tops the Pool.

Mossi Yusuf, the CECAFA Competitions Director said that despite some challenges they are happy with the level of competition at the tournament. “This tournament is good because it helps to develop the younger players. Having the Democratic Republic of Congo team here as guests is also good because they bring a different style of play,” added Mossi Yusuf.

The regional tournament is expected to climax on July 30th.