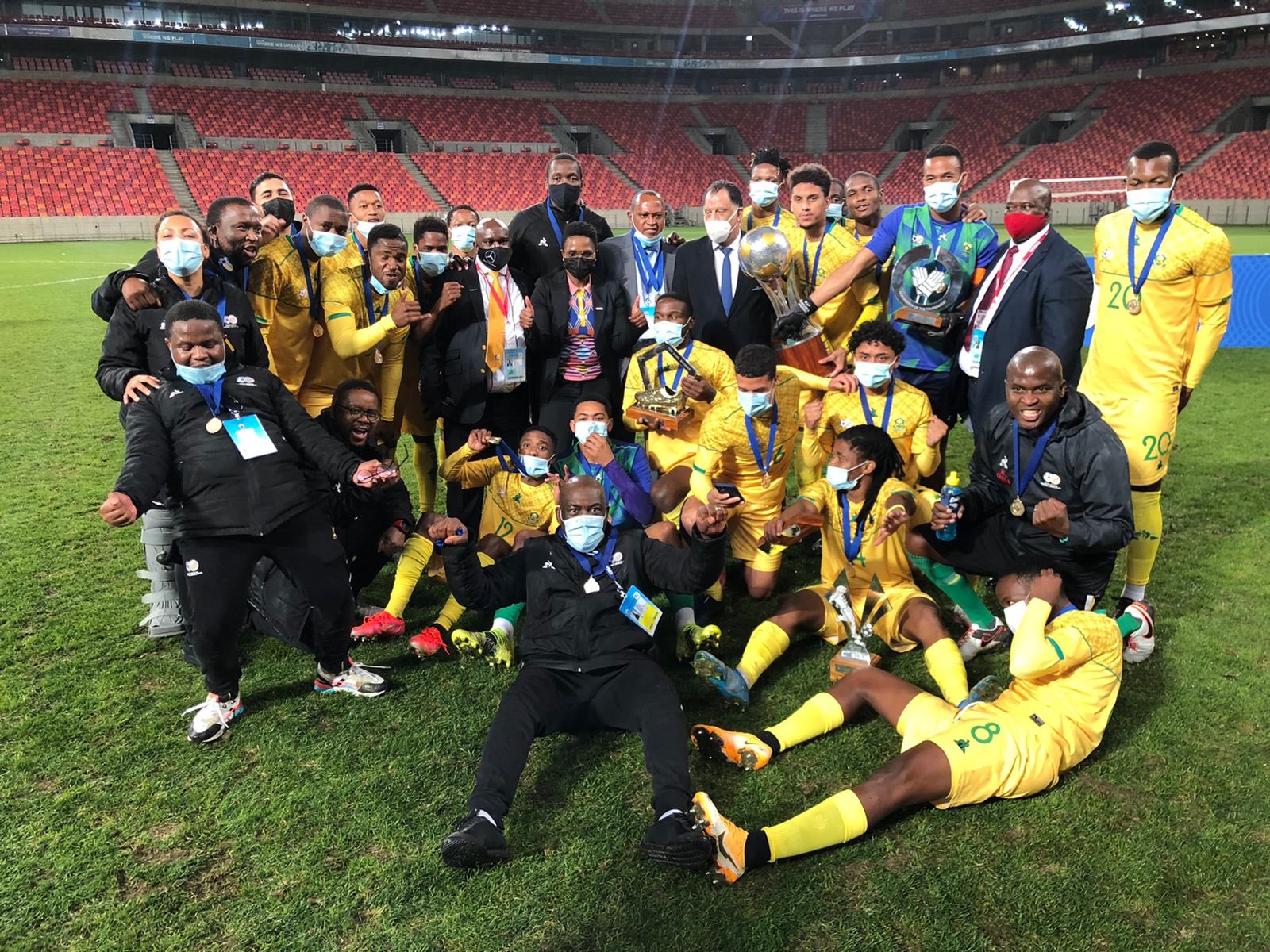 The final, which was played at Nelson Mandela Bay Stadium in the Eastern Cape, had to be decided in a penalty shootout after the sides were unable to find the back of the net in regulation time, as well as the 30 minutes of extra-time they were given. It was an interesting penalty shootout which saw players calmy converting their spot kicks, but it was the hosts who held their nerve to register a 5-4 victory in front of an empty stadium, due to the COVID-19 pandemic. Senegal goalkeeper Pape Ndiaye missed his penalty kick to hand South Africa, who drew level with Zambia with five COSAFA Cup titles. Zimbabwe hold the record of the most titles, having claimed six of them.

It was an evenly contested affair with both sides trying to score, but they were unable to find the back of the net.

Like South Africa, guest nation Senegal gave an opportunity to young players to raise their hands for future

Eswatini, meanwhile, finished third in the tournament after beating Mozambique in the third-place play-off on Sunday. Eswatini was given the fair play award of the tournament.