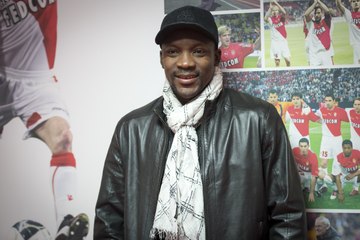 Former Congolese internationals Shabani Nonda and Mutubile Santos have joined the Congolese Federation of Football Association (FECOFA). The former is appointed advisor to the president of FECOFA and the latter, advisor to the National Technical Directorate (DTN).

As advisor to the FECOFA president, the former AS Monaco and Stade Rennais striker's main mission will be to monitor bi-nationals playing in different football leagues around the world.

This double appointment comes 24 hours after Claude Makelele was co-opted as the new ambassador for Congolese football, replacing Aziz Makukula.

Another appointment is that of former international Michel Dinzey, who becomes coach of the Leopards under 20. He succeeds Eric Tshibasu, who has been announced as the new coach of Cercle Sportif Don Bosco in Lubumbashi.

Dinzey is part of the generation of Trésor Lualua Lomana and Chris Shabani Nonda. He played 33 matches for the Leopards between 1996 and 2004, scoring three goals. He had a first spell in the technical staff of Lupopo of Lubumbashi, before going to Europe to pursue his career. He obtained his coaching licence at the end of his playing career in 2008.

In 2018, Michel Dinzey returned to Kinshasa for a youth football project. Since then, he hoped to coach young footballers. FECOFA gave him the opportunity to achieve his goal by appointing him as head of the Leopards U20.

It should be noted that 2012 has seen the worse side of Congolese Football as both TP Mazembe and AS Vita club crashed out of the group stages of the CAF Champions League in unfamiliar styles. DR Congo also failed to make the last 4 in the African Nations Championship (CHAN 2021) in Cameroon. The senior national team has also had turbulent times as they failed to qualify for the 2022 AFCON to be played in Cameroon.