Ebi backs Zogg to excel with Nigeria despite error against Portugal 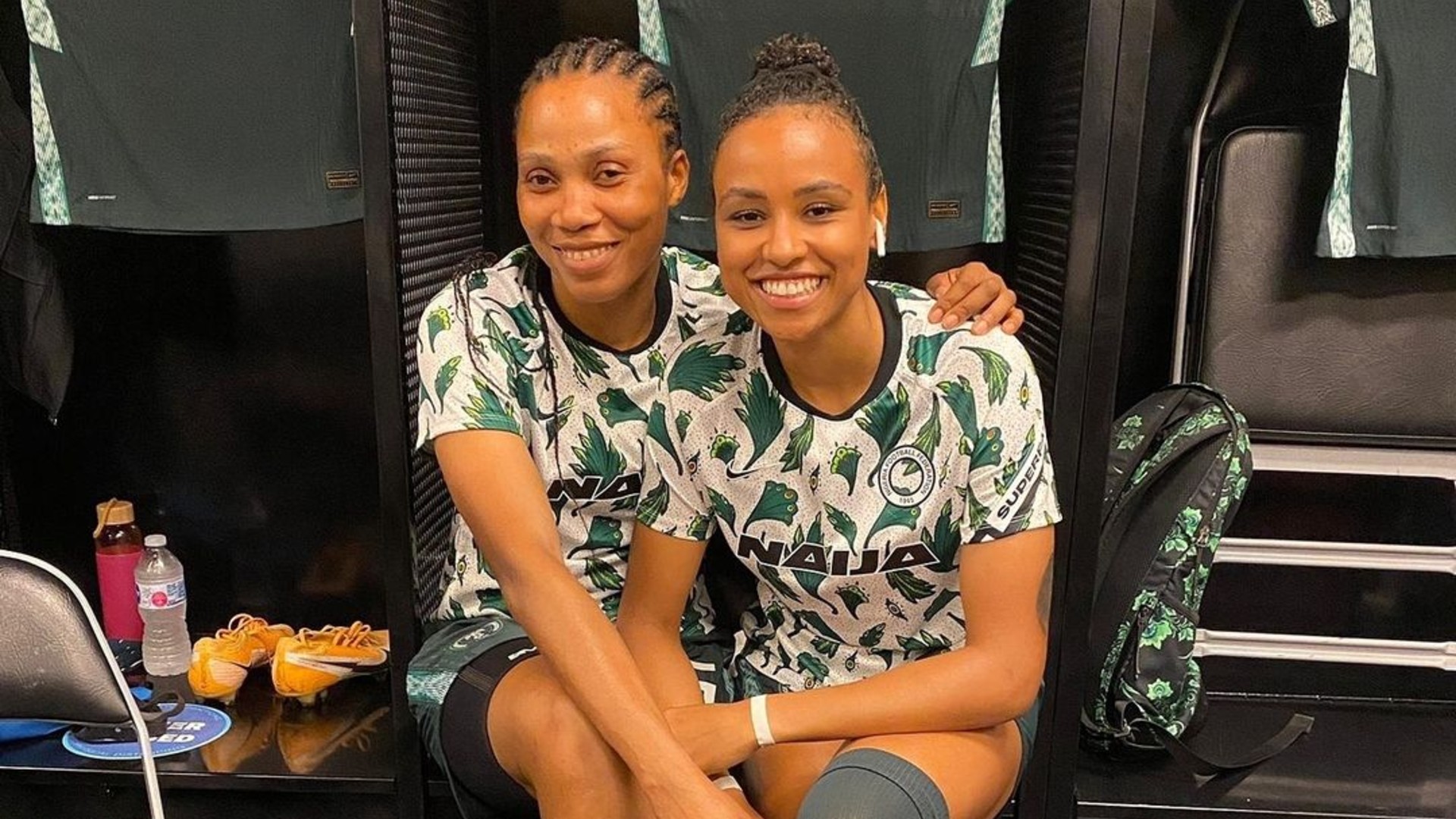 Onome and Zogg in Super Falcons

Nigeria veteran defender Onome Ebi has offered her backing to Onyinyechi Zogg, who came under fire in the ongoing Summer Series following the Super Falcons' 3-3 draw with Portugal.

Following her losing international debut against Jamaica, the Swiss-born center back made her second appearance against Portugal as a second half substitute but her mistake to gift the Portuguese side their third goal of the match.

Before her introduction, Neto Francisco's ladies were holding a 2-1 lead courtesy of Chidinma Okeke own-goal and Carole Costa's strike before Michelle Alozie pulled back on the brink of half time.

However, an error from substitute Zogg saw Jacinto stole the ball and then set up Encarnacao to lob the ball over the onrushing Nigeria goalkeeper Tochukwu Oluehi for a third in the 49th minute.

Despite her blunder, the 38-year-old Minsk center back believes the 24-year-old FC Zurich defender, who replaced Glory Ogbonna will come good for the West African nation.

"Zogg is so young, fearless and ready to be the best. Proud of us all, we keep working to improve," Ebi wrote on her official Instagram page along with a picture of Zogg and her.

In her swift response, the two-cap Nigeria international, expressed her gratitude to the five-time Africa's record World Cup appearance holder for her kind words.

"Thank you. It means a lot to me. We will go again," Zogg commented in her reply to the post.

Despite conceding the third, Randy Waldrum's side avoided a defeat after Diana Gomes' own goal and Rasheedat Ajibade's late strike completed the comeback.

The Super Falcons have moved to Austin, Texas where they will take on world champions, USA in their final match of the Summer Series at the Q2 Stadium on June 16.