Editorial: Africa's racine with the Euro 2020 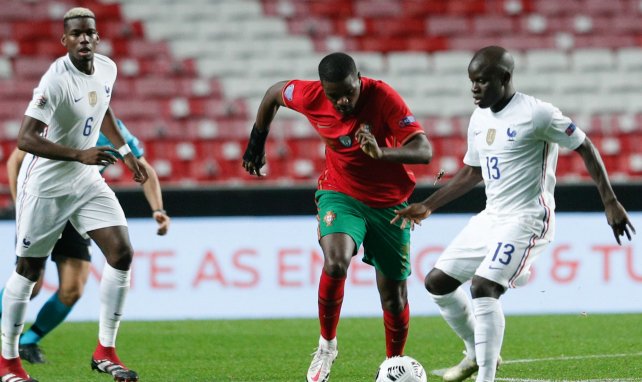 Editorial: Africa's racine with the Euro 2020

On Friday 11 June, the European football championship, Euro 2020, begins on the Old Continent with Turkey vs Italy match as opener. The Euro, a European competition, will also be celebrated in Africa, as it has always been since the 1984 edition and the introduction of sports competitions in Africa via the television.

During this edition of the Euro, French midfielder Paul Pogba (6) of Guinean origin and the mighty Ngolo Kanté (13), originally from Mali, will face the Portuguese William de Carvalho, born in Luanda.

In a new world, transformed by the coronavirus pandemic, the passion for football has remained intact. Empty stadiums have not altered the enthusiasm, and distance will not prevent Africans from vibrating for this competition, which will not have the same identity cachet as an African Cup of Nations or the global frenzy of a World Cup. But there is no doubt that the best thing about football for the world and for everyone, the passion, will be present and shared.

From Kinshasa to Algiers, from Rabat to Dakar, via Malabo and Luanda, Africans will be following the Euro, much more than the African Nations Championship (CHAN), the first international football tournament organized in Covid time, last January. Because football has no borders, but above all because the links that have existed, and still exist, between African countries and most European nations, brings that extra spice, enthusiasm, love and support to the 'Euro-African' fans.

Kylian Mbappé's France will be as much loved as hated in Algeria, unless the return of Karim Benzema tips the scales in favor of the blues. In Bata, the second largest city in Equatorial Guinea, the only African country colonized by Spain, it is likely that "vamos!" will punctuate La Roja's matches. Will Belgium feel the push from Kinshasa? Will the Malians be more for Ngolo Kanté than for the French team?

This is the African perspective that Sportnewsafrica wants to take by doing a special coverage of the Euro on the website and social networks. Taking the pulse of African capitals 24 hours before kick-off, following Belgium vs Russia in Kinshasa, telling the story of Germany vs France from Yaoundé and Abidjan, telling the stories of those who could have played for Africa, etc. Not to mention the activities, competitions and surveys planned by the SNA management in certain cities (Kinshasa, Dakar) during this football festival.

A complete African perspective of the Euro 2020 brought to you by Sportnewsafrica.