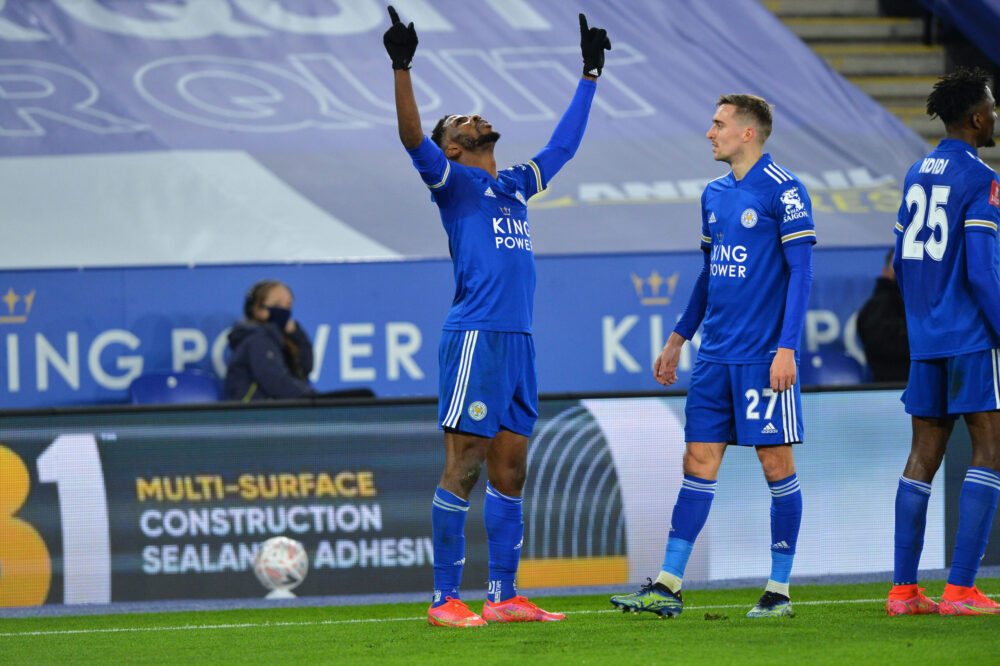 Nigeria's Kelechi Iheanacho came in as a second half substitute to give victory for Leicester City against Manchester City on Saturday night at Wembley Stadium.

Leicester City dorminated chances in the first half creating goal scoring opportunities that did not bear fruits.

Pep Guardiolar's side could not relive their possession football of last season. The game was squared at the break.

City's game was marked by the introduction of Englishman Jack Grealish who was signed from Aston Villa in a deal worth 100 million Euros. His introduction was a crowd puller but not so much as that of Kelechi Iheanacho.

The Nigerian striker was brought down in the penalty area by Nathan Ake in the last minutes of the game. A penalty was awarded and the former Manchester City striker converted from 12 yards and failed to celebrate his goal against his former employers.

Ghana's Daniel Amartey played every minute of the game in the center back.

Zambian striker Patson Daka also came in as a second half substitute and managed a couple of chances in the game. He also wins his first trophy with his new club Leicester City.

Leicester lifts the trophy 50 years after their last triumph in the competition. They have now won the Shield twice in the club's history.