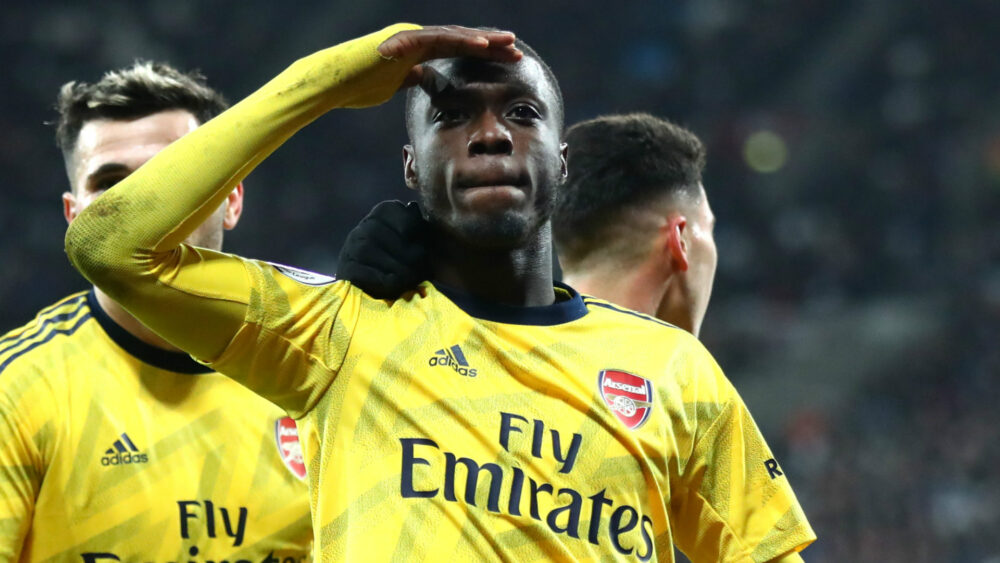 Nicolas Pepe has been slow to establish himself in the Premier League. The Ivorian international has to prove that he is worth the 80 million Arsenal have invested in him. In England, the former Lille man is starting to make people cringe.

He has yet to win over the fans. Nicolas Pepe is still dragging his feet. And the 80 million euros invested in him when he left Lille have not yet been reflected in his performances. Pepe is like a firefly. He lights up the Arsenal game and then goes out. Hot and cold.

His poor statistics, a reflection of his inconsistency, are beginning to annoy. In 61 Premier League matches since his arrival three years ago, the Ivorian has scored only 15 goals and provided 7 assists. Not good enough. So some former footballers are starting to raise their voices to criticize his performance.

"Nicolas Pepe is heading for the exit door if he doesn't perform for Arsenal (this season)," Nigel de Jong told Sky Sports. The former Dutch midfielder added: "He has had a disappointing and diminishing (last) season."

The former Manchester City and AC Milan player argues: "We have invested a lot of money in him. But, to be really honest, in the last two years he has never really shone and become the quality player he should be." He hammers on, "He's had to make flashes, left and right and has shown glimpses of his quality. But in the season as a whole, he has to do better. He came in, he has to improve as a player in terms of the amount of money we put on him."

His English stats
Since arriving in London in 2019, Nicolas Pepe has had his ups and downs. The Ivory Coast international has made 61 appearances for 15 goals. Twelve of his goals have been scored with his left foot (his good foot), three with his right foot and none with his head. Pepe had 104 shots, four of which were on target. That's a 39% success rate. This is far from the standard of the other strikers.

The Ivorian international made 1,375 passes (7 assists) at a rate of 22 per game. He made 52 tackles, 21 interceptions, 28 defensive clearances, 11 of which were headed, and missed 5 clear goal-scoring opportunities.