Euro 2020 Alain Giresse: "Italy vs Denmark in the final 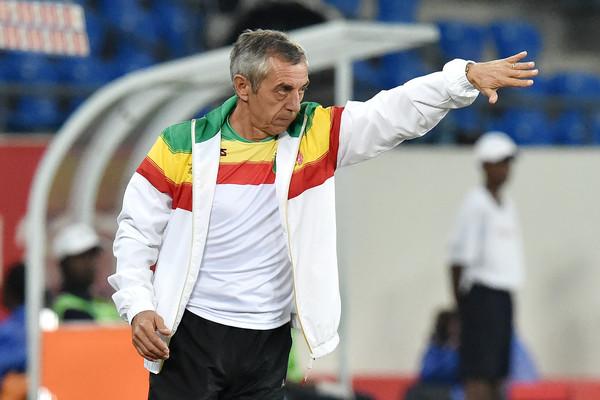 Euro 2020 Alain Giresse: "Italy vs Denmark in the final

The two Euro 2020 finalists will be announced on Wednesday evening. Alain Giresse (68), the former French international (47 caps) and former coach of Gabon, Senegal, Mali and Tunisia, is banking on Italy and Denmark qualifying for the semi-finals against Spain (6 July) and England (7 July) respectively at Wembley.

Many observers consider Italy to be the most attractive team at this European Championship. Is that also your opinion?

Yes, their game is very pleasant. There is technical skill, movement, possession-based football, speed and it is indeed, in my opinion, the team that has offered the most interesting things since the beginning of the Euro. But if Roberto Mancini plays his team this way, it's because he has the players to validate and apply this game plan. Italy have very good midfielders, like Marco Verratti, Nicolo Barella and Jorginho. Some of them are also capable of scoring. They also have effective strikers like Chiesa, Insigne and Immobile. So you can feel in this team a collective in unison.

It's also a team that defends well...

They haven't conceded a single goal in the game so far. They have a good defensive base. I heard that Italy only defended in the second half against Belgium in the quarter-finals (2-1). But they were up against a very strong team looking for an equaliser, and they didn't just defend, they defended very well when necessary.

⚽️ La Roja have scored 12 goals at EURO 2020 so far, equaling their highest-ever total at the EURO finals#EURO2020 pic.twitter.com/CGCFfatLJo

Are Italy your favorites to beat Spain?

Yes, I was less impressed with Spain. They scored goals against Slovakia (5-0) and Croatia (5-3), but their football is less attractive. It is still based on the same principle, possession, but I am not sure that Luis Enrique, the Spanish coach, has all the assets to make it as effective as in the past.

"The Danes are capable of winning at Wembley
The other semi-final will pit England against Denmark. The English will have the advantage of playing at Wembley...

It is indeed an advantage, but I think the Danes are capable of winning at Wembley. After Italy, I think they are the team that plays the most brilliant football. It's perhaps a little less polished than what the Italians produce, but it's still attractive, spectacular and enjoyable. It's an attacking game, which requires a real display of energy, and I like that. The Danes were not expected to play at this level. If they play without putting too much pressure on themselves and stick to their principles, they can qualify. There is a clear dynamic in this team. What happened to Christian Eriksen in the match against Finland (0-1), the fact that his health has improved, has certainly allowed the Danes to be more relaxed. They are playing without any real pressure, even if there is always some when you reach this level of a major competition.

But England will be playing in their home ground, they haven't conceded a goal since the start of the tournament, and Harry Kane is coming back after a disappointing first round...

England were not very brilliant in the first round. But I'm not totally convinced, even though on paper they have a lot of strengths. As you mentioned, Harry Kane has been in great form since the Germany game, he scored three goals, and that will be a real threat to the Danish defense. But I really think Denmark can make it to the final. And an Italy-Denmark final, for me, would be quite logical given what these two teams have been offering since the beginning of the tournament. I wouldn't mind that.