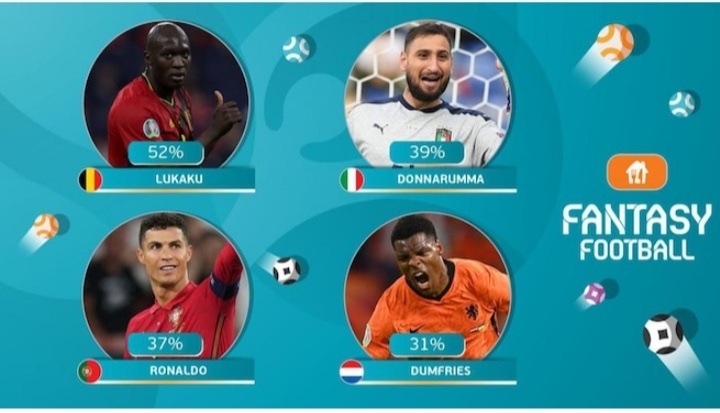 Romelu Lukaku is doing a lot of good for Belgium's attack in this Euro. The Inter Milan player is the favorite of fantasy managers. Fantasy managers use cards in the game to build a team, create competitions, buy or sell cards.

Romelu Lukaku has had a brilliant first round with Belgium. The Congolese-born player has shown that he is a key player for the Red Devils. He proves it every time he plays for his team. The former Everton player was twice named 'Man of the Match' against Russia (3-0 on Matchday 1, Group B) and against Denmark (2-1 on Matchday 2), and is even the fantasy managers' favorite player ahead of the Round of 16.

Lukaku holds the best card with 52% despite Ronaldo's brilliant form (5 goals, 1 assist). However, CR7 is not the most popular fantasy striker. That honor goes to the Belgian Romelu Lukaku. The 28-year-old is the second highest scorer of the tournament with 3 goals. But his energy, determination and fighting spirit were decisive in his ranking ahead of Portugal's Ronaldo (37%).

Lukaku and Ronaldo will face each other in the Round of 16, scheduled for Sunday 27 June, in a match that will have major ramifications for Fantasy managers. It is also the match between the two most sought-after strikers before one of them is eliminated from the competition.