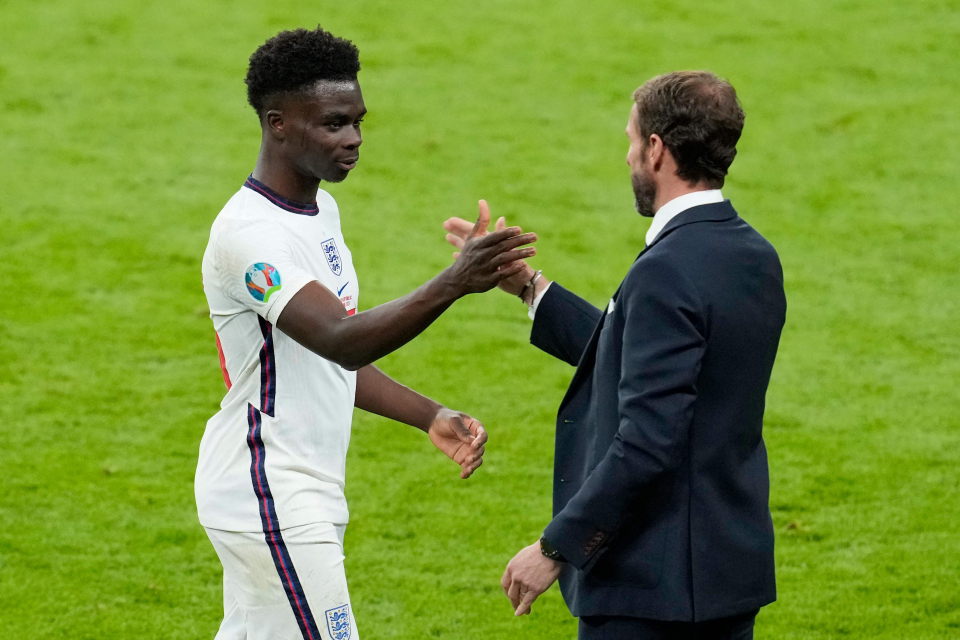 The young English striker can be satisfied with his Euro input this far.

Sport News Africa wondered whether 19-year-old Bukayo Saka would be the only player of African descent at Euro 2020 on Sunday 11 July. He seems to be the last man standing out of 54 at the start of the competition. The young English striker, born to Nigerian parents, is well on his way to be crowned European champion after a rough start to the competition as he usually came from the bench. Tonight, the Arsenal player is most likely among the first picks for Southgate's starting eleven against Italy.

Bukayo Saka had to be in the 26-man Three Lions squad for the Euro. First objective. He was a member of a very average Arsenal team (8th in the Premier League) last season, so he did not start with the favor of the prognosis. And despite his talent and all the good things that the most credible specialists say about him, his young age did not help matters.

It was never a good idea to bring in a young player with only 77 career appearances in the Premier League, especially when you consider that there is no shortage of in-form talent in his position (Jadon Sancho, Phil Foden, Mason Mount, etc.). Despite everything, Gareth Southgate trusted the player and that trust has paid off big time.

Saka waited on the bench for two matches before coming off the bench in the third, the final match of Group D of the group stage. He was thrown in at the deep end from the start of the game and helped England to a 1-0 win over the Czech Republic by setting up Raheem Sterling's goal. He will be Man of the Match.

Against Germany in the Round of 16, Southgate renewed his confidence in him. Saka confirmed. His percussion and tactical discipline, punctuated by valuable defensive retreats, contributed to England's success, 2-0 and opened the doors to the quarter-finals.

But just as he was about to start against Ukraine, the Gunner was injured on the eve of the match. Jadon Sancho replaced him. Brilliantly. And the Three Lions did not waver. A 4-0 victory.

Saka will nevertheless be back in the semi-final against Denmark. A match that was not going well for his team with the Vikings opening the score. But after a decisive acceleration from the youngest member of his team, England equalized with an own goal from Danish defender Simon Kjaer, before winning (2-1) in extra time.

Bukayo Saka was able to convince Southgate to give him a chance, and he earned that trust by showing his worth on the pitch. The Nigerian-born player will try to put the icing on the cake tonight by playing in the final and lifting the trophy on home soil in London. At just 19 years old.