Euro 2021 An African perspective from Morocco 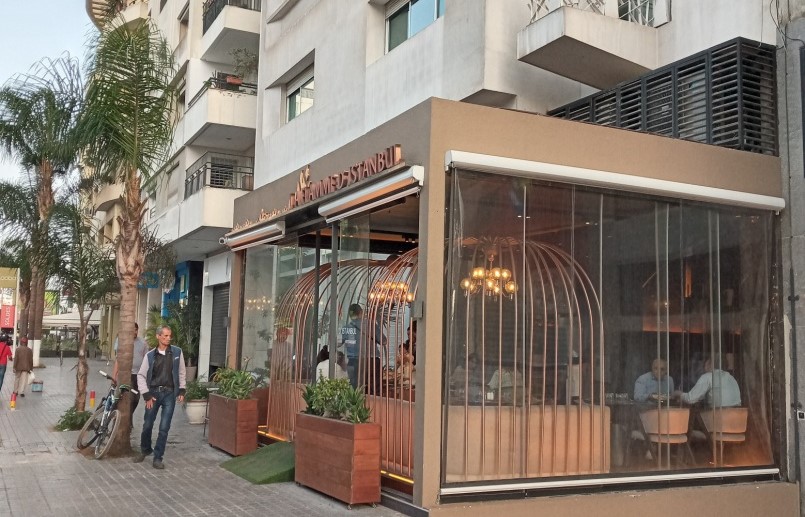 Euro 2021 An African perspective from Morocco

Before Euro 2021 kicks off in Rome, Sport News Africa takes a look at the atmosphere in some African countries. In Morocco, where football fans number in the millions, the competition has not yet generated any real excitement. But the reopening of cafes, bars and restaurants, the usual places to watch the games, should bring a big boost.

Euro 2020 kicks off this Friday 11 June in the Italian capital. The world's biggest stars will be lighting up the European pitches, although a few football stars will be missing. In Morocco, the competition coincides with the resumption of night-time opening of bars, cafés and restaurants (until 23:00 GMT+1). A good way for football fans to follow the matches in a good atmosphere. Some restaurants and cafes very well known in Casablanca are already working to welcome fans.

In the economic capital, the Turkish restaurant "La Flamme d'Istanbul" on the famous boulevard Bir Anzarane is being transformed into a "Flamme Arena" for the Euro. The place promises "a maximum of sensations in a warm atmosphere" to follow the competition. The small dishes are put in the big to attract the Turkish expatriates of Casablanca for the opening match between the partners of Burak Yilmaz, Zeki Celik and Yusuf Yazici (Lille), French champions, and Italy, this Friday evening.

Among fans, however, it is difficult to know which team remains their favourite. But some have a penchant for Turkey, mainly because of the good relations between the two countries. Others, on the other hand, opt for Cristiano Ronaldo's Portugal or France with the return of Karim Benzema. Despite the tense political crisis between Rabat and Madrid, Spain's Roja is also popular in the Kingdom.

The Swiss in Casablanca are also mobilized. The match against the Squaddra Azzura has been ticked off by the Swiss Association of Casablanca, which is inviting fans of the Nati to the Churchill Club on Wednesday 16 June.

Retailers compete to boost TV purchases
In addition to the organization of fans and meeting places, others are hoping to profit from this football mecca. In this case, the household appliance brands. Electroplanet, Marjane, Biougnach, Cosmos or Tangérois... are multiplying the "surprises" to boost their sales during this period. For the moment, however, it is difficult for us to know if television purchases are really taking off, but the promotions and other discounts are clearly visible on the many posters that adorn the shops.

We contacted a few stores, notably Cosmos, Biougnach and Electroplanet, without having any figures for the moment. However, some sales persons assured us that the offers continue to attract many customers.