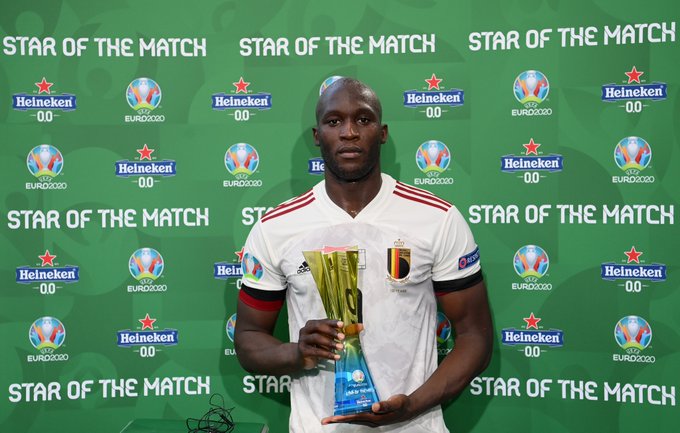 The first players of African origin to qualify for the last 16 of Euro 2020 is known this Thursday 17 June.

Seventeen players from Africa were in line for a place in the second round of Euro 2020 on Thursday 17 June (see list at the end of the text). Twelve of them can, before the last day, join Italy, the first country in the last 16. Belgium, with its nine players, validated its ticket against Denmark with a 2-1 win, for the second day of group B. The Red Devils won their first match against Russia 3-0 and have now secured a place in the last 16. 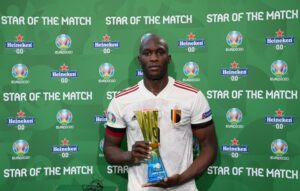 Romelu Lukaku for the second time running was decorated as the star of the match for his involvements in both of Belgium's second half goals against Denmark.

🇧🇪 Goal of the Round 𝗖𝗢𝗡𝗧𝗘𝗡𝗗𝗘𝗥! ⚽️

SO much to admire about this sweeping Belgium move, finished off by Kevin De Bruyne 🥰@GazpromFootball | #EUROGOTR | #EURO2020

Denmark have two dual nationals with African roots in Mathias Jørgensen and Yussuf Poulsen who scored the team's lone goal against Belgium. With a 1-0 defeat to Finland in their opening game, they cannot expect to qualify following Thursday's defeat to Belgium except they push for a resounding victory in their last group game to finish as one of the best 3rd placed.

The Netherlands vs Austria closed the day's action 2-0, which began with Ukraine vs Northern Macedonia (2-1). Both teams are coming off wins over Ukraine (3-2) and North Macedonia (3-1) respectively. The winner, Holland goes directly to the last 16 before the third round of group games. The Dutch and Austrian teams each have three players from the continent.

David Alaba and his Austrian team-mates will face the Ukrainians who, after their defeat against the Netherlands, have just bounced back with a 2-1 win over Northern Macedonia.

THE 17 "AFRICANS" IN THE RUNNING THIS THURSDAY 17 JUNE