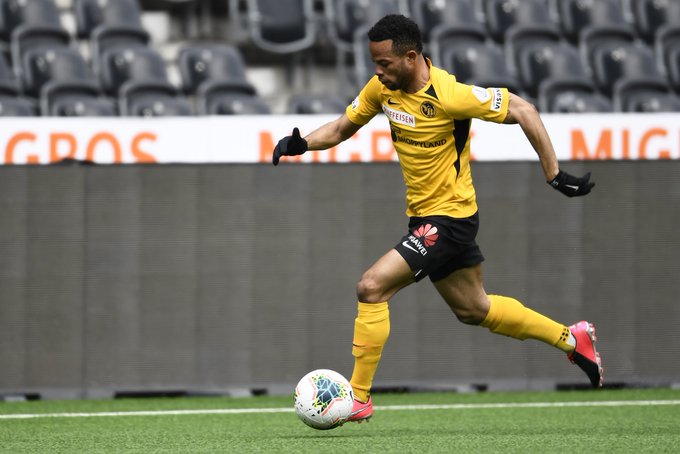 While waiting for the main European leagues to resume, others started during the third weekend of July, and some African players did not miss the opportunity to showcase their skills.

Meshak Elia is already in form. The former TP Mazembe striker, now under contract with Young Boys Berne, hit the ground running on the first day of the Swiss league. The Congolese international scored twice in the defending champions' 4-3 win over FC Lucerne.

Bedia takes part in Charleroi's festival
It was also the start of the Russian championship. The Burkinabe Mohamed Konaté gave Akhmat Grozny a 2-1 win away to Samara. In Belgium (day 1), African players shone from the start. Comorian Faïz Selemani contributed to Kortrijk's 2-0 win over FC Seraing by putting his team in the clear thanks to a penalty converted in the last moments of the game.

Ivorian Chris Bedia scored one of the three goals for Sporting Charleroi, who beat Ostend 3-0 away. Eupen earned an unexpected point at FC Brugge (2-2), thanks in particular to the success of Congolese Edo Kayembe.

Dièye scores in Croatia
In Bulgaria (day 1), Guinea's Pa Konaté (Botev Plovdiv) opened the scoring in a 2-1 win over Pirin Blagoevgrad. CSKA Sofia won one of the capital's many derbies at CSKA 19748 (4-2), with Central African Amos Youga scoring his first goal of the season.

In the Balkans, and more particularly in Croatia (day 2), second-placed HNK Gorica overcame Sibenik (3-1), with a goal from Senegalese Matar Dièye. Also in Eastern Europe, Nigerian Wisdom Kanu played a part in Zemplin Micholavce's 4-1 win over Dunajska Streda on the first day of the Slovakian championship.

In Scandinavia, African players also made their presence felt. In Denmark (day 2), Randers FC (1st) was held in check by OB Odense (1-1), despite a goal from Sierra Leonean Alhadji Kamara. In Finland (Matchday 13), Nigerian Geoffrey Chinedu helped fourth-placed FC Lahti to a point at Honka (1-1). Despite goals from Nigerian Usmani Salé and Lucky Opara, 12th-placed Oulu lost 2-3 at SJK.