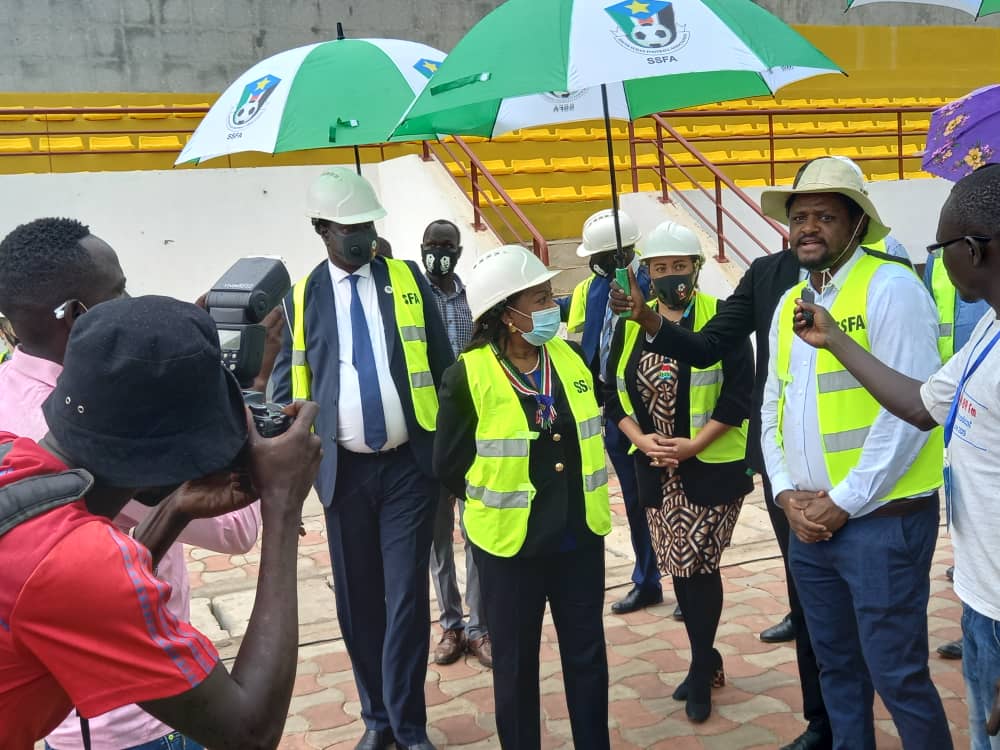 The world Football governing body, FIFA is impressed with the on-going construction work at the Juba Stadium in South Sudan.

Fatma Samoura, the FIFA Secretary General made the remarks on Friday while touring the Stadium. “I like what I am seeing and we are confident that the project funded by FIFA will further help in developing football in South Sudan,” added Samoura.

The FIFA Secretary General together with the body’s Chief Women’s Football Officer, Sarai Bareman arrived in South Sudan on Friday for a 2-day fact finding visit.

Samoura also said she wants the number of women playing football in South Sudan to increase by ten times than it is now by 2026.

“I am happy with the football developments I am seeing in South Sudan,” added Samoura.

The FIFA delegation later watched a women’s football match at the Buluk training ground. They will continue with meetings with different football stakeholders today before meeting the South Sudan Minister of Culture, Youth and Sports, Dr. Albino Bol.

The re-construction of the Juba Stadium which started in 2019 is expected to be complete by December this year.